Anastacia makes her return with the fantastic visual piece for new single, 'Caught In The Middle'.

Anastacia is back with her brand new single ‘Caught In The Middle’ and now, the songstress has released the gorgeous music video for the track, which you can check out below:

Proving that she’s still a force to be reckoned with in the music industry, despite being an artist that’s existed within it for many years now, the singer releases the song as the first cut from her upcoming new record ‘Evolution’, set to drop in September.

It’d be criminal not to mention the brilliant array of outfits Anastacia wears throughout the piece, as she simmers and slays the competition as the drama in the forests that surround her idyllic, fantasy setting takes place.

The song and upcoming album serve as the singer’s first original material in over three years, and follow on from the release of her ‘Ultimate Collection’ last year, which stormed straight into the UK Albums Chart top 10.

Anastacia’s new album ‘Evolution’ is available to purchase and stream from September 15. 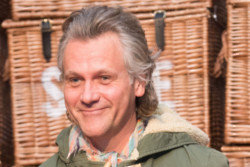 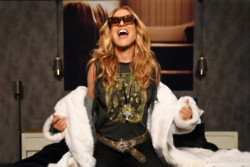 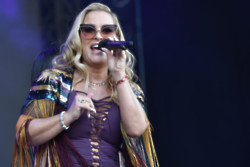