Chris Brown and Rihanna stunned journalists and photographers when the duo arived togther to a court hearing on Wednesday to face questions concerning the 202 hours he claims he served at a Virginia children's centre, where his mother once worked as a director.

The couple arrived arm in arm and left the Los Angeles courthouse minutes later hand in hand after the judge overseeing the Kiss Kiss singer's probation case requested another two months to review all aspects of the case.

The next hearing has been scheduled for 5 April.

Ironically, it was a pre-Grammy Awards fight with Rihanna that initially landed Brown in trouble - and led to his conviction and community service sentence.

Officials are also disputing the information on documents detailing Brown's work at Tappahannock Children's Center, provided by the local chief of police.

Lawmakers are asking the case judge to reject the star's community service hours in Virginia and make him fulfil his obligation in Los Angeles.

Speaking outside court, a furious Mark Geragos called the documents filed by the D.A.'s officials "fraudulent" and suggested the lawmakers are worried that Brown's probation would end once the judge signed off on his community service hours "The D.A. is paralyzed with the thought his probation will be terminated. If that happens they won't be able to jock him around like they've been jocking him around".

The lawyer added, "I've never had a client... who has been so tortured by a D.A.'s office like Chris Brown has".

Geragos called the latest motion "a travesty" and suggested the District Attorney's officials should be charged with contempt of court for "filing false documents" on the back of "supposed statements from someone who was supposed to be waxing the floor".

He concluded by stating he has proof that his client served the hours documented, adding, "I've got pictures, I've got witnesses... I've got what they (prosecutors) don't have". 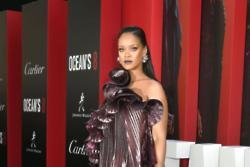 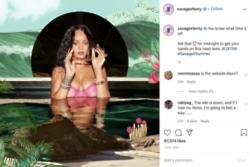 Rihanna: Savage X Fenty is for all women