London-born rap star Dizzee Rascal has been named as one of the headline acts for Outlook Festival 2017.

Dizzee Rascal has been named as one of the headline acts for Outlook Festival 2017.

The London-born rapper will be among the star attractions at the annual festival, which takes place at Fort Punta Christo in Pula from September 6 to September 10.

The 32-year-old rapper - whose real name is Dylan Mills - will open the event in a 2,000-year-old ampitheatre located on the festival site.

Outlook Festival will also feature Dizzee's friend-turned-rival Wiley, who last year opened up about the rapper getting stabbed in Cyprus in 2003.

Wiley, 38, revealed the 'Bonkers' hitmaker hasn't spoken to him since he was knifed six times in the popular clubbing holiday destination Ayia Napa.

He said: "The reason we haven't spoken for so many years?... Basically, me and Dizzee went out one night [in Ayia Napa] and there was some fighting with another crew - I won't say who, but basically everyone knows.

"Then the next day, I decided to carry it on - I didn't pull out a knife. I was just fighting ... Well, after we started it up again, those guys came looking for us. But the person they found was Dizzee. The thing we done the next morning led them to go looking for us, but see him and stab him."

Wiley admitted he regrets the fallout between himself and his one-time friend.

He said: "I would work with him any day of my life if I could. I love him like a brother. There's no reason why we don't talk. We haven't got beef - remember, I was with him when he got rushed in Ayia Napa." 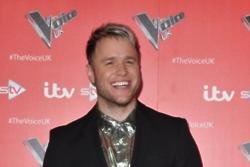