Francis Rossi has opened up about about how touring with Status Quo is becoming more-and-more taxing on his health.

Francis Rossi says the "uppermost thought" on his mind with regards to how much longer Status Quo can tour is the "physicality" of their live shows. 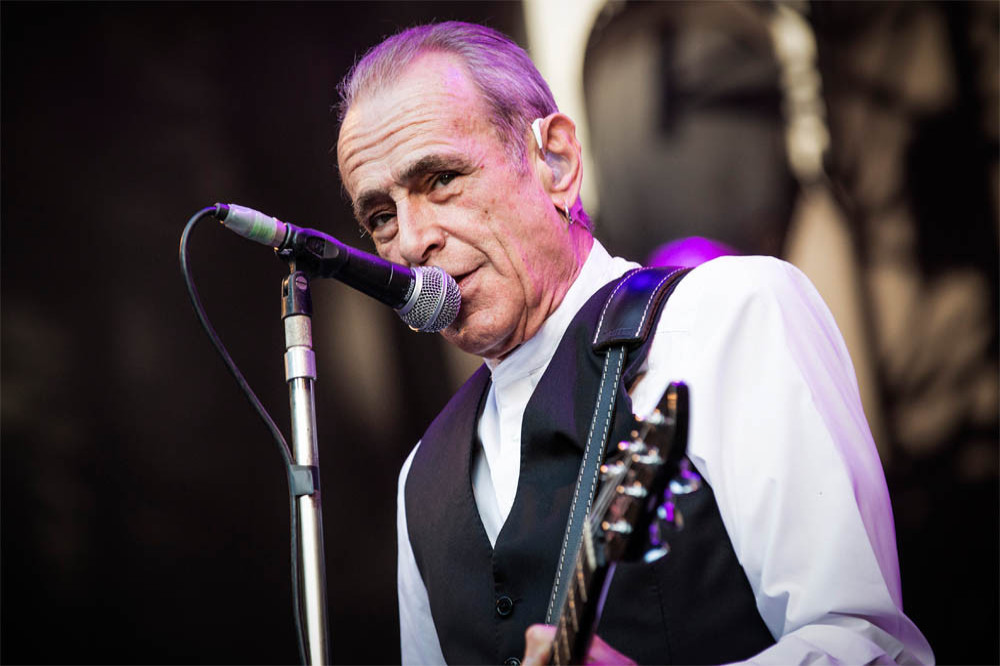 The rock 'n' roll group's co-founder turns 72 on Saturday (29.05.21) and as he looks ahead to the group's shows in 2022, Francis admitted he has a number of health concerns, such as his "lung capacity", and the fact their energetic performances have become more taxing.

In an interview with local newspaper The Wexford People, he said: "I'm getting kind of rusty, and I'm worried about my lung capacity.

"I come up to 72 next week, I think it is, or the week after, and I never thought about age in that respect before other than a saggy neck and losing one's hair but I'm now beginning to think about the actual physicality of it. We've always said a Status Quo show is quite a physical gig and I'm beginning to realise more-and-more that it's very, very much true.

"This band has never, even when it was still the Spectres, before [the late] Rick [Parfitt] joined, it's never been off that long. There has been security in that in terms of paying bills and all that stuff, but in terms of the physicality that's the uppermost thought in my mind now."

Meanwhile, the rocker discussed whether or not the 'Rockin' All Over the World' hitmakers plans to release a follow-up to their 2019 LP 'Backbone', and admitted it's "very disheartening" that artists are being underpaid by streaming giants.

When asked if they'll record another LP, he said: "The problem that everyone forgets is that now it's all about streaming. People don't buy an album anymore and the industry itself is trying to completely get rid of the CD so every time someone plays a stream of ours we get a quarter of a penny!

"That's impossible; you just can't function. There is something very disheartening about that. We can make an album, I think we did possibly 100,000 in the end [with 'Backbone'], 3,500,000 million streams, lovely, but that means the band didn't make any money on the 3.5 million streams.

"Unless the Status Quo shop sells what it's got in the shop the shop's gonna close.

'It can't not close and that's where everybody from my generation, from McCartney to U2, the Stones and whomever else are going, hello, unless you do something."