HAIM are inspired by Madonna, as they said they're "so into" the singer, whom they also dubbed an "icon".

HAIM are inspired by Madonna. 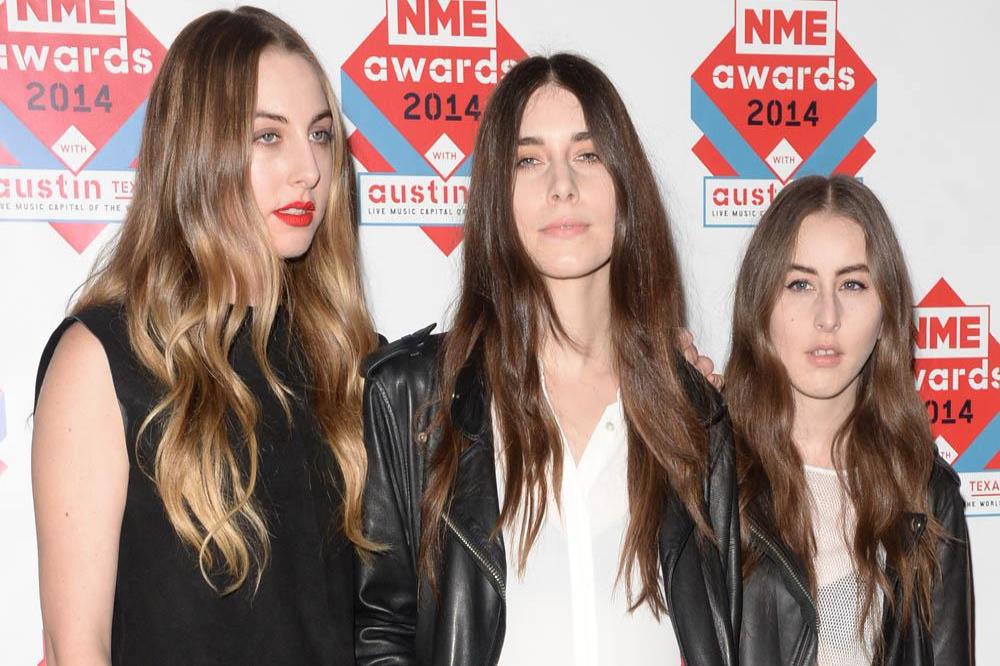 The 'I Know Alone' hitmakers have said they're "so into" the singer - who they also dubbed an "icon" - and credited her decades-long career with inspiring them to start their own music journey.

Danielle Haim said: "I mean, I've always been so into Madonna and everything that she is and everything she's like, I don't know. I just think she's a icon and I've been super into Ray of Light. Like that was like a huge inspiration on 'Women in Music Pt. III' - It's just, everything about it. So amazing.

"I feel like Music is underrated and that's the album that this next song is from, but also the song is so good. I honestly, I cried like for a while, like every morning I'd play it and I'd like, cry to it - No, but just the whole sentiment. Like, do you know what it feels like for a girl? Like it's just ... and the way that it's written and all the sound, it's just a great song."

The band - made up of sisters Danielle, Este, and Alana - are gearing up to release their third album, 'Women in Music Pt. III', in June, and although they had finished work on the record prior to the lockdown imposed by the coronavirus pandemic, they chose to delay the release until the "initial shock" of the health crisis had subsided.

Danielle explained: "I think like everyone else, when everything was starting to get shut down, we were just in initial ... just shock. It was a shock to our system. We had done one week of promo for our album, and within that one week, everything kind of came crumbling down. We were just like everyone else, just checking the news every day, and we knew that it probably wasn't the right time to release the album because we just didn't even know what was going on. So I think now, it's starting, everything's kind of changing. And I think, right now, we feel a little bit more excited to release music, and feel like it's appropriate now. So we're excited to start putting music back into the world."

And although they can't get out on the road yet due to the pandemic, the band can't wait to finally be allowed to tour again.

Este told Zane Lowe whilst debuting their 'At Home With' playlist for Apple Music: "Wait till record four. We might have a little bit of a ... The thing is, that's the thing. Because I want to ... especially after this, I want to tour forever. I want to tour. I want to go everywhere. I haven't been to Brazil yet. I want to go to Brazil. I forget, did I put a Brazilian song on this playlist? I should have, if I didn't."