Britpop icon Jarvis Cocker has claimed that fame is like pornography.

The 56-year-old music star became a figurehead of the Britpop movement in the mid-90s as part of Pulp - but he's admitted to being unsatisfied by stardom.

He shared: "It was a very strange time for me because I'd achieved my lifetime's ambition and then found that it didn't satisfy me."

Jarvis explained that fame reminded him "of pornography. Of how pornography takes an amazing thing - love between two people expressed physically - and kind of grosses it out."

Jarvis grew up in a "very female-dominated environment", and that experience has influenced the singer ever since.

He told the Sunday Times newspaper: "I learnt about sex from eavesdropping on my mum and her friends' conversations after school.

"I remember something that my mum or one of her friends said once, where they were talking about this guy, and they said, 'Oh, he's too nice.' She decided she was gonna stop seeing him because he was just too nice.

"As a kid I was thinking, 'Well, you're always told to be nice.' So, sex and sexual attraction, it's not a cut-and-dried thing, is it?

"I mean, that thing of whether you get a spark between two people is really elusive, why one person will turn you on and another person won't."

Despite this, Jarvis admitted that he and his mother have completely different outlooks on the world.

He said: "We've always been at completely opposite ends of the political spectrum, but she's my mother. She voted for Brexit and so I had to ban discussion of that for two Christmases running, just because I didn't want there to be massive arguments.

"I could see why it makes sense to her, from her life experience and stuff, but I'm still not gonna agree with it." 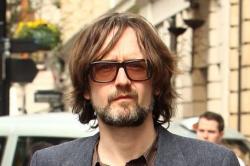 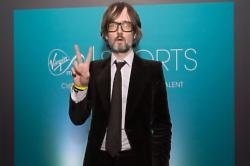