Jennifer Hudson is unable to watch footage of her poignant performance at the U.S. Super Bowl last year as there are too many raw emotions involved.

The Dreamgirls star took to the field at the Mercedes-Benz Superdome in New Orleans, Louisiana to perform 'America the Beautiful' with a choir of pupils from Sandy Hook Elementary School in Connecticut, who had been at the centre of a massacre just months earlier. 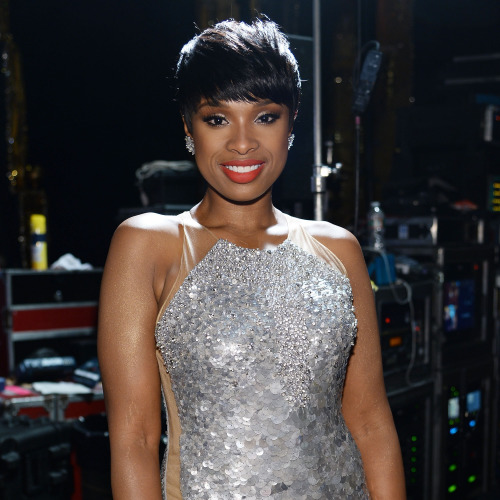 Hudson was still grieving for her mother Darnell Donnerson and brother Jason, who were shot dead at their home in Chicago, Illinois in 2008, and lining up with the Sandy Hook children to sing at the sporting spectacular was almost too much to bear.

She tells The Observer Magazine, "I was not very present at all any of that time. It felt like a dream. I haven't watched it back, because those moments send you back to a certain place and that's a place I don't want to go back to".

Gunman Adam Lanza killed 20 pupils and six adult members of staff in a rampage at Sandy Hook in December, 2012.