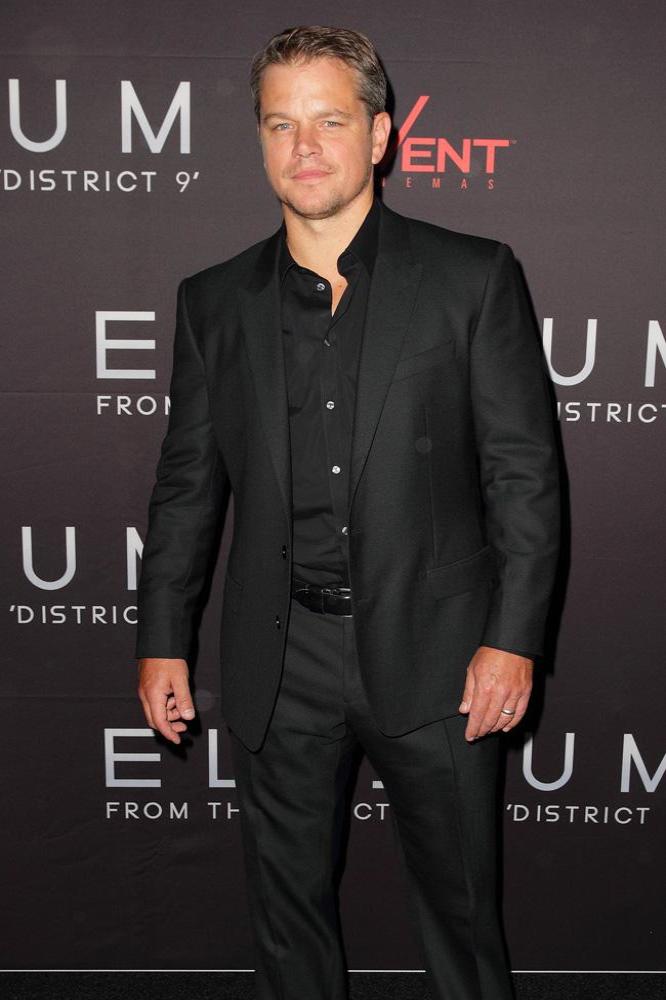 Not only because there is a drought here in California, but because I co-founded Water

The Bourne Identity star was challenged by his best friend Ben Affleck to complete the task to raise funds for the ALS Association, but Damon faced a difficult decision over whether to go through with the challenge as he is the co-founder of a water charity.

Damon's Water.org organisation provides aid to developing countries to give more people access to safe drinking water and sanitation, and the actor feared he would be promoting waste by soaking himself.

In a video posted on YouTube.com on Monday (25Aug14), Damon explains his dilemma, saying, "It posed kind of a problem for me. Not only because there is a drought here in California, but because I co-founded Water.org and we envision a day when everyone has access to a clean drink of water and there are about 800 million people in the world he don't. So dumping a clean bucket of water on my head seemed a little crazy. "We also want to bring adequate sanitation for the 2.4 billion people on planet Earth who don't have it, so I thought a good thing to do was to kind of tie those things together and take toilet water - this is truly toilet water.

I've been collecting it from various toilets around the house...

Now for those of you like my wife who think this is truly disgusting, keep in mind that our water in our toilets in the west is actually cleaner than the water that most people in the developing world have access to.

So as disgusting as this may seem, hopefully it will highlight the fact that this is a big problem and together we can do something about it". Damon then doused himself in the ice cold toilet water, and nominated his "favourite actor" George Clooney, his "favourite musician" Bono, and "the greatest quarterback of all time", American footballer Tom Brady.