Patti Smith has celebrated her 67th birthday by dedicating a song to both Edward Snowden and Pussy Riot at a Monday, December 30 concert.

Smith commemorated her birthday by taking the stage at New York City's Webster Hall, but the outspoken singer made sure that the show wasn't all about her.

Near the end of her two-hour gig, Smith paid tribute to the former U.S. secret service agent and the Russian artists for their activism and protests against the government.

She stated she was happy the punks "continue to use their voice, because it's very dangerous for them to do so," and told the audience "do not underestimate the danger those girls face by speaking their mind".

In a new song, she even changed the lyrics to take a shot at the U.S. National Security Agency (NSA), singing, "All of our phone numbers, all of our personal business, the business of our government, Edward let it snow, Edward let it snow," referring to Snowden's efforts to expose the extent of surveillance operations in the U.S. and U.K. Smith then changed the lyrics to one of her most popular songs, Rock n Roll N**ger, to incorporate mentions of Pussy Riot and Snowden. 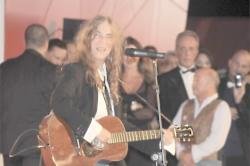 Patti Smith: 'I'm not really that good at writing songs' 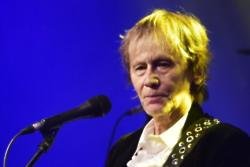