The British graphic artist who created the iconic cover of Pink Floyd's The Dark Side of the Moon album has lost his battle with cancer.

He also created the artwork on Pink Floyd's Atom Heart Mother and Wish You Were Here, but his most famous work was the simple prism graphic which adorned the band's classic 1973 release The Dark Side of the Moon

Storm Thorgerson passed away on Thursday (18Apr13) at the age of 70.

A statement released by his family reads "He had been ill for some time with cancer though he had made a remarkable recovery from his stroke in 2003. He is survived by his mother Vanji, his son Bill, his wife Barbie Antonis and her two children Adam and Georgia".

Born in Middlesex, England, Thorgerson befriended Roger Waters and his late bandmate Syd Barrett while they were students at Cambridgeshire High School for Boys and he was drafted in to help the band come up with designs and artwork for their albums.

He also came up with the visuals for Led Zeppelin's 1970s records Presence and In Through the Out Door, as well as Muse's Absolution, The Mars Volta's De-Loused in the Comatorium, and Genesis' ...And Then There Were Three..., while he also worked with Dream Theater, Biffy Clyro and The Cranberries.

He also created the artwork on Pink Floyd's Atom Heart Mother and Wish You Were Here, but his most famous work was the simple prism graphic which adorned the band's classic 1973 release The Dark Side of the Moon.

His musical collaborators have paid tribute to Thorgerson with a post on the Pink Floyd website, which reads "We are saddened by the news that long-time Pink Floyd graphic genius, friend and collaborator, Storm Thorgerson, has died. Our thoughts are with his family and many friends".

And singer David Gilmour has added his own sentiments on his site, stating "We first met in our early teens. We would gather at Sheep's Green, a spot by the river in Cambridge, and Storm would always be there holding forth, making the most noise, bursting with ideas and enthusiasm. Nothing has ever really changed. "He has been a constant force in my life, both at work and in private, a shoulder to cry on and a great friend.

I will miss him". 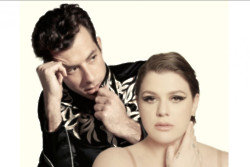 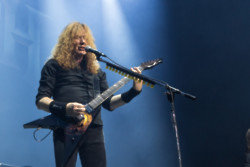 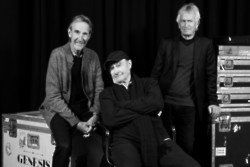