Seal has landed his dream collaboration: singing a duet with the vocals of the late music legend Frank Sinatra.

Seal is releasing a festive duet with the voice of the late jazz legend Frank Sinatra.

The 'Kiss from a Rose' hitmaker will harmonise on a rendition of the Christmas classic 'Santa Claus Is Coming To Town', which will be released on December 12, the same week of the music icon's birthday, with the blessing of the 'My Way' hitmaker's family - daughters Tina, 66, and 77-year-old Nancy - and Frank Sinatra Enterprises.

Tina said: "Dad's Christmas recordings are as significant to his vast musical legacy as his signature saloon songs. The new Sinatra and Seal duet of 'Santa Claus Is Coming To Town' is a joyous hoot and "sings" to the spirit of the season."

Seal, 54, is honoured to have been given the chance to sing along with the 'New York, New York' star's voice after several of Sinatra's former band members recorded their instruments on Seal's latest covers record 'Standards'.

He added: "To play with Frank's musicians on Standards was quite something, but to perform with the man himself is beyond words."

Seal, a longtime fan of Sinatra and the Rat Pack era, had legendary pianist Randy Waldman, Chuck Berghofer (bass player with Ella Fitzgerald and Ray Charles) and Greg Fields (drummer with Quincy Jones and Stevie Wonder) featured on the compilation.

The tracks were recorded in the famous Capitol Records (the very studio where Frank Sinatra, Dean Martin, Nat 'King' Cole and many others have recorded), and United Studios, which was established by Bing Crosby and Frank Sinatra.

Seal will be touring the new album and performing his greatest hits on the 'Standards UK' tour which starts in February 2018. 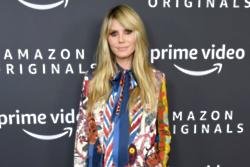 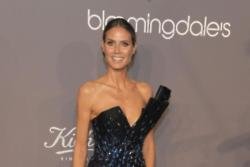 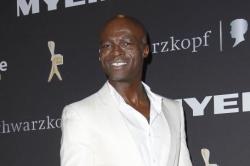