Texas will play an intimate gig in their hometown of Glasgow for BBC Radio 2 Live.

Texas have been unveiled as the first act confirmed to play BBC Radio 2 Live. Major artists are set to perform for fans across the UK, with Sharleen Spiteri and co confirmed to play at St Luke's in their native Glasgow, Scotland, on August 5.

Sharleen said: “I’m always excited to play in Glasgow, our hometown! And I’m thrilled to be performing for the first time at St. Luke’s for Radio 2 Live.”

Zoe Ball announced the news on the Breakfast Show this morning (26.07.21) and the DJ will announce another Radio 2 Live gig on tomorrow's show.

A small audience will witness the performances in person, however, the sets will also be available to watch on BBC iPlayer and BBC Sounds from September 11, with a special highlights show on Radio 2 from 7pm and 9pm the following evening.

Helen Thomas, Head of Radio 2, said: “New for 2021 and beyond, Radio 2 Live will take the spirit of Radio 2 around the UK. We’re delighted to be bringing Texas to their hometown of Glasgow for Radio 2 Live this year. The audience is sure to give them a huge welcome. And in September those at home can hear the performances on Radio 2 and BBC Sounds or watch them on BBC iPlayer.”

Jeff Smith, Head of Music for Radio 2, added: “Radio 2 is committed to bringing live music performance to its listeners as we know how much they love to listen and watch their favourite artists perform the songs they adore. Over the past year, Radio 2 House Music has done a brilliant job with performances from Joan Armatrading, Kelly Clarkson, Rag’n’Bone Man and many more, but now it’s time to get back to live performance in front of an audience. Radio 2 Live is going to feature incredible sets from major artists, in front of what I’m sure will be a very excited audience of Radio 2 listeners.”

Tickets will be allocated via a ballot following registration at bbc.co.uk/radio2live which is open from now until 8am on Wednesday (28.07.21).

COVID-19 guidelines will be in place at the gigs. For the full terms and conditions head to bbc.co.uk/radio2. 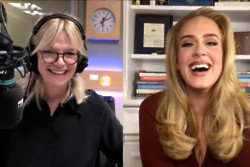 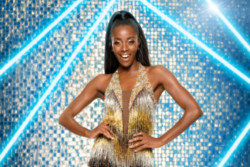