Wiley served up a Nando's feast comprised of 200 chicken wings, 60 chicken burgers and more backstage at his concert at The Roundhouse in London for his crew and star-studded guests, who included Anne

Wiley treated his famous fans to a Nando's feast comprised of 200 chicken wings, 60 chicken burgers and more backstage at his London concert on Thursday night (09.02.17). 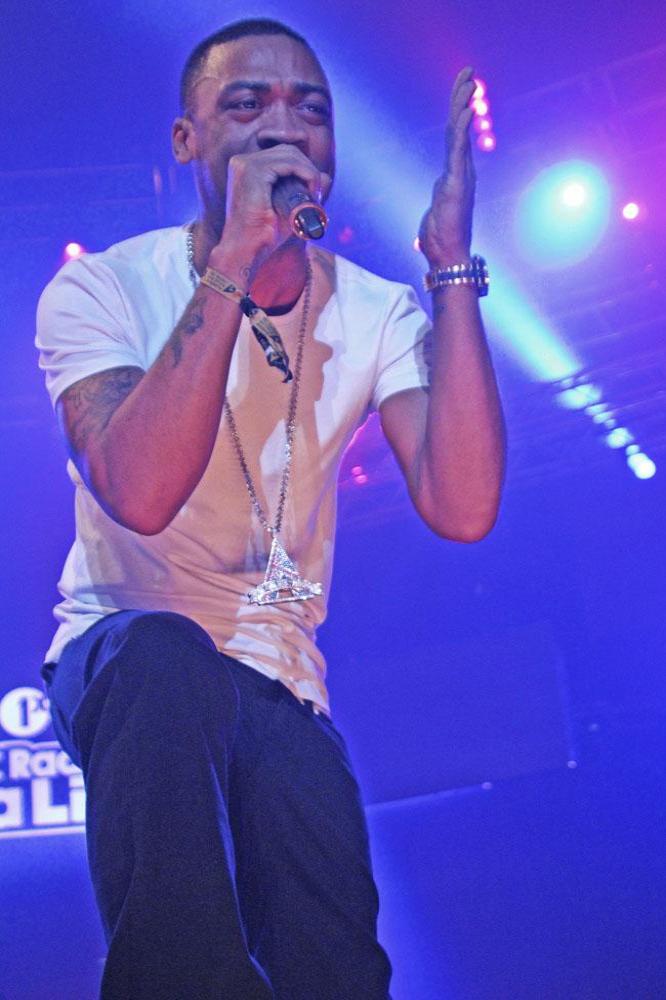 The 38-year-old grime star performed a special one-off headline show at The Roundhouse venue in Camden, following the release of his eleventh and final studio album 'Godfather' last month.

But before he took to the stage Wiley requested a Nando's rider to ensure his crew and the stars on the guest list, who included Anne-Marie, Bizzle, Rudimental's DJ Locksmith and Logan Sama, did not go hungry and could get their tastebuds tickled by the restaurant chain's famous PERi-PERi sauces.

A source told BANG Showbiz that the 'Wearing My Rolex' hitmaker ordered 60 chicken burgers of varying spices, 200 wings, 20 veggie burgers, 60 corn on the cobs and 60 portions of halloumi cheese.

Once he had been fed, Wiley stepped out and performed tracks spanning his near 20-year recording career to a rapturous sold-out audience.

As well as spitting his way through songs such as 'Speakerbox', 'Gangsters' and 'Heatwave' he was also joined on stage by several special guests.

Mercury Prize winner Skepta performed hip hop slow jam 'U Were Always Part 2' with him and later called Wiley "my big brother". Before that, DJ Julie Adenuga - who is Skepta's sister - presented Wiley with an award for being named the UK's greatest MC by the Vice music channel Noisey.

Grime artist of the moment Stormzy performed his current single 'Big For Your Boots' and 'Shut Up' and after the gig Wiley took to Twitter to thank the 23-year-old artist for joining him at the show.

He tweeted: "Big up @Stormzy1 Thank you my brother I was so happy to see you there. (sic)"

Before exiting the stage, Wiley thanked all his fans for turning out and supporting him for so many years.

He said: "Thank you for showing love for all these years. I was going through some s**t, cut me some slack."