Amelia Lily was "over the moon" when her debut single 'You Bring Me Joy' went to number two in the UK Singles Chart, and insists she was "grateful" the song didn't reach number one because she still h

Amelia Lily is "grateful" her debut single didn't go to number one.

The 18-year-old singer - who shot to fame after finishing third in 'The X Factor' UK in 2011 - was "over the moon" when 'You Bring Me Joy' reached the second spot in the UK Singles Chart, but she is pleased she has something left to aspire to with her next release.

She exclusively told BANG Showbiz: "I wasn't gutted at all to miss out on a number one single, I was more over the moon to be honest. I was at midweek number one right until the day before and when I found out it was number two I was kind of grateful because I thought to myself, 'I've got somewhere to go now.'

"But if I had got to number one straight away then I wouldn't have anything to aim at."

Amelia is hoping her second single, 'Shut Up (And Give Me Whatever You've Got)' will achieve her goals and she "can't wait" for the song to be released in January 2013.

She added: "I'm really, really excited for the second single now. I'm very thankful to everyone who helped me with 'You Bring Me Joy', but I can't wait for the next single. Bring it on."

The blonde beauty's next project will see her make a one-off appearance in 'Shrek The Musical' as part of this year's BBC Children in Need POP Goes the Musical 2012 at London's Theatre Royal Drury Lane next month, and she admits it will be a "dream come true" to appear onstage in the West End.

She added: "I am extremely honoured to be part of this project, it's been a dream of mine since I was a little girl to appear on the West End stage and to be able to play one of the lead characters on 'Shrek' for one of the most famous songs on the show, 'I'm a Believer', I'm so excited." 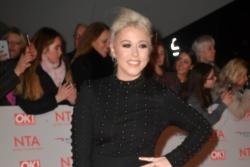 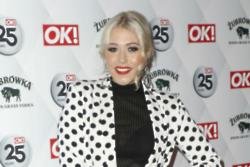