Jennifer Lopez will release a greatest hits album next year, according to producer Kuk Harrell.

Now I'm just waiting for them to put on the schedule and let me know what songs we're actually cutting and stuff like that.

The 'On the Floor' hitmaker - who released her debut album 'On the 6' in 1999 - will begin work on a compilation of her best work next year, according to one of her producers.

Kuk Harrell told MTV News: "I just got the call a week ago that the greatest-hits album for Jennifer Lopez is coming up.

"Now I'm just waiting for them to put on the schedule and let me know what songs we're actually cutting and stuff like that."

He also hinted he may help produce some new material for the star, which could be included on the album, saying: "I think when I find out what the direction is, I will definitely go in the lab. I will get in the lab with Tricky Stewart and The-Dream and see what we can come up with for it."

As well as producing for Jennifer, Kuk also worked with Rihanna on her 'Talk That Talk' album and Justin Bieber on his festive record, 'Under the Mistletoe', and says working with superstars brings out his "competitive edge".

He added: "I'm so fortunate to be able to work with Rihanna and Justin Bieber - and Jennifer Lopez for that matter, so anytime a call comes in to work with the three of them, it's always 'yes,' because it's just assumed it'll be good.

"They're superstars, so how are you going to turn them down? Unless we have a scheduling conflict, but it's always a 'yes.' It's always an immediate 'we're gonna kill it.' That's when my competitive edge comes out. It has to be the best. It has to be better than anything we've ever done." 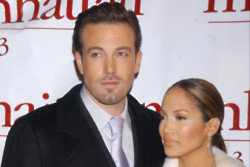 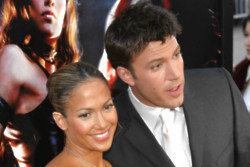 Jennifer Lopez and Ben Affleck 'on same page' about the future 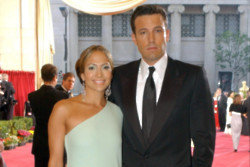