Paul Stanley would never be friends with Peter Criss or Ace Frehley again or reform the original line up of the band with them.

Paul Stanley would never be friends with Peter Criss or Ace Frehley again.

The KISS singer would never allow the band's former guitarist and drummer - who left in the 80s, but rejoined the band between 1996 and 2002 and 2001 respectively - to play with the group again and claims they were never very close even in their 70s heyday.

Paul exclusively told BANG Showbiz: "Friends? No I was never really friends with them. The band was never about friendship, the band was about commitment to a cause, but friendship? We were all very different people.

"I loved them for what we created together, I certainly don't love them today. But the band as it is today is far more the embodiment of what we started than what we became."

When asked when he had last spoke with his former bandmates, Paul said: "I spoke to Ace probably three years ago. Peter I haven't spoken to in probably a decade."

Paul also expanded on the reasons why he could never see the band - now made up of himself and original bassist Gene Simmons with drummer Eric Singer and guitarist Tommy Thayer - play with their original line up.

He said: "They were instrumental in what we created as a team, but they became impossible and intolerable, on more than one occasion necessitating their removal. And unfortunately when people don't really learn from their mistakes they repeat them. At some point you just lose tolerance. It's ultimately disrespectful to the fans to not give them what they deserve. I don't miss them."

Paul was speaking at a preview of the new KISS Monster Book, a huge three foot by two foot tome which features full color photos from the band's 40 year history, and is limited to 1,000 copies worldwide. For more information, visit KissMonsterBook.com

Kiss also release new single 'Hell or Hallelujah' this week and play a sold out show at London's the Forum tonight (04.07.12) to raise funds for Help For Heroes. 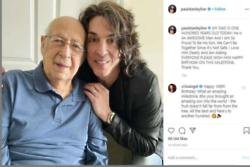 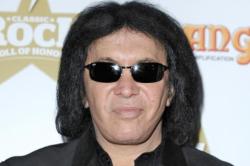 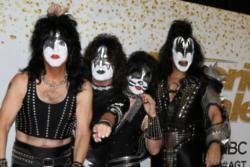 KISS played shark show but none turned up