David Bowie, Sir Paul McCartney and The Horrors are among a number of artists who will release special tracks for Record Store Day next month.

The 'Ziggy Stardust' hitmaker - who made a surprising return to music earlier this year - is one of hundreds of artists who will mark the event with a special release, with Bowie fans able to pick up a 7" vinyl copy of 'The Stars (Are Out Tonight)'/ 'Where Are We Now?' or the four-track 'Bowie 1965!' EP, both of which are limited to 1,000 copies. There will also be 2,000 seven inch picture discs of 'Drive-In Saturday' going on sale in over 200 record stores around the UK on April 20.

Sir Paul McCartney & Wings will release a live version of 'Maybe I'm Amazed' - a track which was originally released in 1976 as a radio promo single - on 12" vinyl.

Other acts who will put out limited-edition releases include Tama Impala, Biffy Clyro, Nick Cave & the Bad Seeds, Jake Bugg, Bat For Lashes, The Horrors and Toy.

Tom Furse of The Horrors said: "It's a great excuse for everyone to put out all the records they don't put out for the rest of the year because they're too worried about release schedules and things like that. I'm really hoping Jack White's Third Man label will put out some amazing stuff again this year."

Further artists who will release on Record Store Day are due to be announced today (21.03.13). 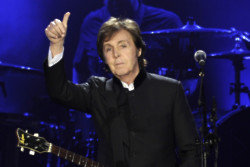 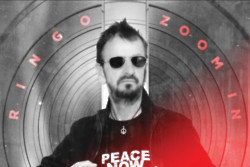 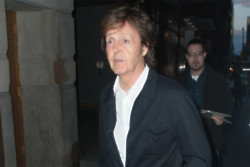 Sir Paul McCartney to release the sequel book to Hey Grandude! this September