Jls And Beach Boys to Headline a Day At the Park

JLS and the Beach Boys are set to headline A Day at the Park on July 7 as part of Barclaycard presents British Summer Time Hyde Park.

JLS and the Beach Boys will headline A Day at the Park at Barclaycard presents British Summer Time Hyde Park.

Boy band JLS - who will go their separate ways following their 'Goodbye' tour at the end of this year - will join the 'Good Vibrations' band for a day of family fun in London on July 7, set up to keep the younger crowd entertained during the music festival.

Other acts confirmed for the occasion include pop sensations The Saturdays, The Overtones, The Soul Rebels, The Cuban Brothers and Paul Young, who will all take to The Great Oak Stage throughout the day.

Children's entertainers Gruffalo, Horrible Histories and Brainiac will also be on hand to provide comedy, music and various other amusements throughout the family day, which also has an 'Adult Creche' for parents to escape their excitable children.

Rob Hallett, President, International Live Touring, AEG Live commented: "Barclaycard Presents British Summer Time Hyde Park is much, much more than just a music event. I have always wanted to promote a show where you can take your kids and your parents. Junior can be enthralled with the Gruffalo and your daughter can scream at JLS while your parents dance around to The Beach Boys. Everyone's happy."

The British Summer Time Hyde Park event will open with a headlining set from Bon Jovi on July 5 and is set to be closed by Lionel Richie and Jennifer Lopez on Heart in the Park day on July 14.

Other acts confirmed to perform include The Rolling Stones, Sir Elton John, Stooshe and Nile Rodgers - who will front his 70s disco group Chic.

Tickets for Heart In The Park go on general sale from 9am on Friday May 24 at www.bst-hydepark.com. 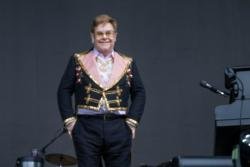 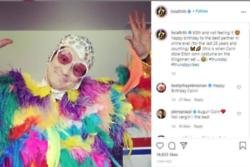 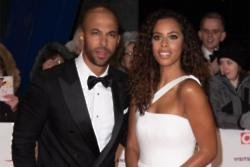