Kate Nash admits she is always thrilled to meet her fans and finds it touching when they get emotional in front of her.

Kate Nash is touched when her fans get emotional when they meet her.

The 'Foundations' hitmaker is always moved when she is approached by people in public who want to tell her how much they love her music, and she wishes she could stop them from being so nervous.

Kate admits she had an intense fan experience herself recently when she got to meet Bikini Kill singer Kathleen Hanna and was totally star-struck. .

She told Bang Showbiz: "I met my idol Kathleen Hanna from Bikini Kill recently, and she was amazing and I totally fan-girled. It was really funny because I was doing what I see loads of girls do to me. They're like, 'I just can't ... I don't know what to say ... You're just amazing! You've, like, changed my life!' It feels like you want to cry and you can't really say anything then you think, 'Oh f**k' what am I doing?' That's what I did."

While the 26-year-old musician admitted it can be "quite scary meeting your hero" she wouldn't have taken it personally if Kathleen hadn't been friendly to her, and insists fans shouldn't take it personally if their idol has an "off day".

Kate - who is getting ready to head out on a six-date UK tour in October - said: "I understand that you might meet someone and they've just had the worst f***ing day, or be on their period or just be upset about something and you can't expect everyone to always be on. So someone might just be a bit off with you at the time and you don't know what's happened."

As well as announcing her tour, Kate is also releasing a new single, 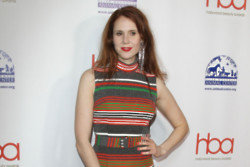 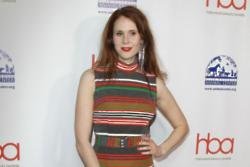