Lawson stayed in a haunted house while recording their debut album.

The 'Learn to Love Again' hitmakers recorded their 'Chapman Square' at London's RAK Studios and felt a spooky presence in the facility's neighbouring accommodations, insisting there' was a "presence" in the house.

Speaking to BANG Showbiz, frontman Andy Brown said: "One of the most terrifying things that happened to us is when we were recording our debut album, we did it in a very famous studio, RAK Studios, and next door there's a house bands stay in and it's said to be haunted.

"It was the most terrifying experience of my life. There's a presence in that house, I'm telling you."

Band mate Adam Pitts added: "In the living room, there was a spiral staircase that goes down to a door that's locked. You're just not allowed to know what's in there."

However, the group - which also includes Joel Peat and Ryan Fletcher - were determined to stay in the house for a full week so they could win bragging rights over country stars Mumford & Sons, who only spent a single day in the spooky property.

Andy said: "Apparently Mumford & Sons only lasted one night in there, so we were like, we're going to do a week. We did the whole week." 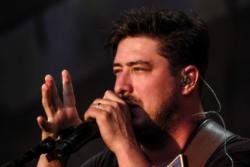 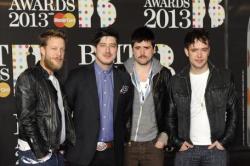