On February 25th 2008 Reel People present 'Seven Ways To Wonder', the follow-up to their critically acclaimed debut album 'Second Guess'. The new longplayer has upped the ante: a heady brew of the many ingredients necessary to concoct an album worthy of a claim to their position within the classic UK soul pantheon. Reel People's core members are Oli Lazarus and Mike Patto.The album kicks off with 'Alibi' and introduces new guest vocalist Darien. Coming from Mount Vernon in New York, Darien has emerged from NY's underground soul scene and is set to wow fans with his stunning tone and warm vocals. With hints of Stevie in his heyday and paying homage to Sergio Mendes, 'Alibi' is a wonderful piece of Latin-edged soul which will instil euphoria in even the most jaded of souls.The legendary Omar comes next for 'Outta Love', a Bill Withers-influenced cut with a soca groove. 'Amazing' is an updated take on the classic 80s soul vibe, in the vein of Maze or Shalamar and also Reel People's first hook-up with singers Tony Momrelle & Imaani (Incognito). London favourite Vanessa Freeman returns with 'Rise & Fly' and takes you deep into a hypnotic journey that wouldn't be out of place as a Bond theme tune. Tony Momrelle is then on board again for the classic 'It Will Be'.With a vocal performance that sends shivers down your spine and a production that would not be out of place on a George Benson record, 'Perfect Sky' allows Joy Rose some beautiful space and time on an ideal summers-evening. Taking one of several shifts in style, Reel People's very own Mike Patto steps up for 'Ordinary Man' which sounds like the lost classic that Hall & Oates or Steely Dan never wrote.Original singer/songwriter Dyanna Fearon pens the sultry 'High', whilst live band member Tasita D'Mour works it out on the uplifting 'Anything You Want'. Darien returns for a second outing on the uber cool 'Upside' and finally 'Love Is Where You Are', featuring Tony Momrelle, is reminiscent of a Quincy Jones record from that classic 70s era.Hailing from London's East End, Oli Lazarus spent three years of musical osmosis in Flying Records, a shop specialising in soulful dance music. After this grounding education and with very little song writing or studio experience under his belt, he produced Reel People's debut single 'Spiritual'. The entirely positive reception to his maiden voyage (plus a little help from production master Phil Asher and multi-instrumentalist Nathan Haines), helped spur him on to realise the lauded debut LP.

Mike Patto, a gifted multi-instrumentalist, vocalist, songwriter and arranger came on board in 2002 having previously worked with Restless Soul and collaborated with artists including Don E. Patto's father (also Michael) was a musical figure of note, as vocalist in renowned 60s jazz/rock fusion group Patto. The influence rubbed off on Mike (and Oli), as well as other artists who proved key in shaping the Reel People sound, including Steely Dan and Stevie Wonder plus other black music heroes such as Marvin Gaye and Gil Scott Heron.

The pair set to it and in 2003 'Second Guess' was released on Oli's Papa Records label. Filled with wonderful collaborations from artists such as Angela Johnson (Can't Stop), Vanessa Freeman (The Light) and Dyanna Fearon (Butterflies), the album was greatly received and led to the band being signed to Columbia Records in Japan, where they remain hugely popular, even supporting Herbie Hancock at the Tokyo Jazz Festival. In February 2006 the album was re-released on dance independent Defected Records. To enhance the new version, the guys penned the club classic 'The Rain' and the uber cool cover of Thelma Houston's 'You Used To Hold Me So Tight'. Accompanying this was a bonus disc of live versions which really showed off how the band had developed over the 3 years of touring 'Second Guess'.

Live, Reel People have stormed many auditoriums worldwide including week long stints at the famous Blue Note in Japan and Ronnie Scott's in London. Other stand- out performances were delivered at The Southport Weekender, V Festival and T In The Park. 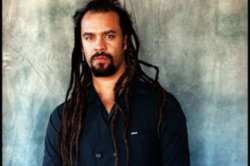