Dedicated to Gouldman’s former Wax partner Andrew Gold, with whom he recorded four albums between 1984 and 1990, ‘Daylight’ is taken from his forthcoming solo album ‘Love & Work’, due for release in August 2012

Speaking about ‘Daylight’, Gouldman said, "I am so happy to have written a song about my dear friend Andrew, who passed away last June.

"I was in the middle of a songwriting session with the song’s co-writer and producer Chris Braide and I started talking about Andrew. The idea struck us that we should write about him. I have also dedicated my new album ‘Love & Work’ to Andrew's memory.

In a career spanning almost five decades, Graham Gouldman’s is renowned as one of the UK’s finest songwriters.

Having penned The Yardbirds 1965 hit ‘For Your Love’, Gouldman’s songwriting career was up-and running. Gouldman would then go on to write "Heart Full of Soul" and "Evil Hearted You" for The Yardbirds, before writing the hits "Bus Stop" and "Look Through Any Window" for The Hollies, "No Milk Today" and "Listen People" for Herman's Hermits, "Pamela, Pamela" for Wayne Fontana and "Tallyman" for Jeff Beck.

Back in the UK, after this spell in New York, Graham decided to get future 10cc collaborators Eric, Kevin Godley and Lol Crème together to complete the Kasenetz-Katz recordings. The four of them then produced and played on two Neil Sedaka albums, ‘The Tra La Days Are Over’ and ‘Solitaire’, both of which were recorded and produced at Strawberry Studios.

In 1972, 10cc was officially born, keeping Gouldman occupied for the next decade with world-wide hits such 'Art For Art's Sake', 'Dreadlock Holiday', 'I'm Mandy Fly Me', 'I'm Not In Love', 'Life Is A Minestrone', 'Rubber Bullets', 'The Things We Do For Love' and 'The Wall Street Shuffle'.

Taking a break from 10cc in the early ‘80s, Graham formed Wax with American singer Andrew Gold, releasing four albums between 1984 and 2000 and enjoying the UK hit ‘Building A Bridge To Your Heart’.

Since putting together the third incarnation of 10cc in the early 2000s, with fellow band members Rick Fenn and Paul Burgess from the mid-‘70s line-up, Graham has since taken the music of 10cc around the world.

In between touring, Gouldman has also written songs with the likes of Gary Barlow, Tim Rice, Paul Carrack, Kirsty MacColl and Suggs, as well as spending time in Nashville writing with, among others, Country Songwriter of the Year Gary Burr. In addition, Gouldman co-wrote with McFly for their No 1 album Wonderland.

With a new solo single, solo album and a 10cc tour to mark the 40th anniversary of the band’s formation, Graham Gouldman is set for one of the busiest years of his career. 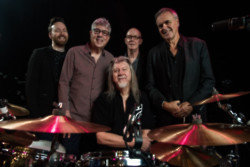 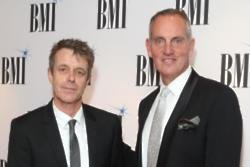 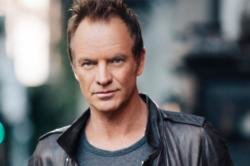