New Kids On The Block announce the release of their new album ‘10’, their sixth studio album and the first since The Block which was released on September 2, 2008 and debuted at number 1 pop album on the Billboard Top 200 Album Chart and peaked at number 16 in the UK.

After legions of fans crashed RyanSeacrest.com for a first listen on January 25th, New Kids On The Block released the album’s lead single ‘Remix (I Like The)’ exclusively on iTunes worldwide.

NKOTB add to their arsenal with this thumping, guitar infused, sure to be smash single that's already rising on the iTunes Top 20!

NKOTB also announced on The View that they will be touring North America this summer with special guests Boys II Men and 98 Degrees.

The tour will play to sold out arenas across North America. Social media has been a buzz ever since the official reveal with no signs of slowing down and #REMIXNKOTB was a trending topic worldwide around this premiere, reaching as high as #2, and #1 in the US.

In 2011 the Boston pop icons joined the Backstreet Boys as part of the historic NKOTBSB Tour which included seven sold out UK arena shows.

The group shattered concert box office records playing an estimated 200 concerts a year, in sold out stadiums throughout the world. They still hold many of these records to date. 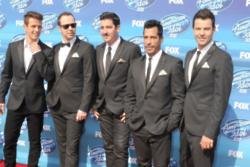 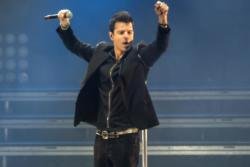 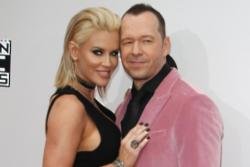