Stacey Jackson - I Am Woman

Stacey Jackson is set to take the music world by story and is about to release her new single I am Woman' featuring Jenna Jonathan.

With performances sold out in both the US and Europe it is no wonder she is in talks with several major production companies for her own TV Show!

Jackson’s rise to fame has been riddled with twists and turns. While she has embarked on several other successful career ventures including running her own PR firm for a decade (clients included Quentin Tarrantino, Tim Robbins and Debbie Reynolds) plus a career as a publicist for CBS and Lifetime networks in New York, music has always been her passion.

In the past few years with the combination of her drive and talent Jackson has been able to make turn this hobby into a full-blown career despite starting it full time at an age when you're allegedly supposed to be giving up on your dreams.

Jackson already has five top-ten club hits in the UK and that number is sure to increase. The remix pack for her latest single ‘I am Woman’ features collaborations with top producers including Das Kapital, Ruff Loaderz Est 8 and more. Stacey has also previously collaborated with Snoop Dog on her record ‘Live it Up’ which received rave reviews.

Stay tuned for Jackson’s upcoming projects, which include her debut album which is set to drop in early 2013. 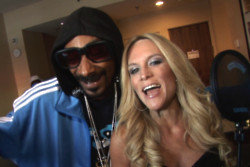 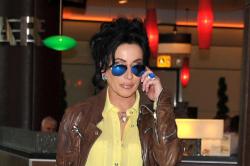