Having started their gigging career just over 6 months ago supporting Mercury darlings Metronomy, Devon-based three-piece These Reigning Days release their second single ‘Living It Up’ on May 21st 2012.

The band’s new single follows the release of their successful debut 'Changes' , which received glowing reviews and which was playlisted at regional and specialist radio stations across the UK. The single’s video was also playlisted by music channel Q Music.

Fronted by the former lead singer/songwriter of The Quails, Dan Steer’s new band have been honing their brand of synth layered indie-rock with top producer Yoad Nevo (Pet Shop Boys, Duran Duran, Girls Aloud, Goldfrapp) as they work towards the release of their debut album in summer 2012.

Dan said, "It’s very different to anything I've done before.  It combines a fusion of indie-rock with a subtle electro twist, but also with some deep and dark moments."

The band will be playing at festivals such as Aeon and Lemonfest, as well as headline the Exmouth Festival and Dartmouth festival.

In addition, the band will support Zane Lowe at the 1,000 capacity Venue nightclub in Torquay and headline the Teignmouth Carnival (3,000 people). 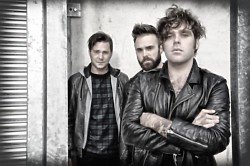 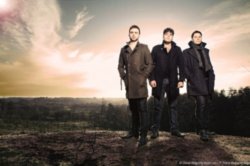 These Reigning Days - Living It Up Single Review