Album Review: Steve Appleton - When The Sun Comes Up

By naming his debut single Dirty Funk I already knew I was going to love Steve Appleton; as it’s one of my regular phrases to use in regular life… so I was pretty stoked to see what other funky-town based delights he had stuffed up his sleeve.

I know the album isn’t out for like, forever, but I am sure Steve will be popping up at all this summers festivals with his catchy pop songs which expertly blend pop, drum and bass, reggie and, of course, funk. Love it!

Despite only having five songs to listen to, there’s no doubt in my mind that this super hot fellow is going to go super far once people start muttering his name, and so he should after listening to City Won’t Sleep, another evocative melody from a man that is quite possibly my new favourite solo singer.

When The Sun Comes Upstarts with such a great guitar riff that you can’t help but let your face erupt into a massive smile, even though you know this song could quite easily be sang on something like High School Musical, complete with dance routine and that little fox Zac Efron. Yummy.

Closing the album is The Bright Side, and I would have to say that the best really has been saved for last here and it really encapsulated the big nights out and lazy days in the park with friends, of which young lives are filled with.

The album itself gives you an endearing sense of prolonged youth, and you have to smile about the summers spent eating ice cream and acting the fool; if the cult TV show, Skins were made into an album, this would be it, apart from this ablum has class, unlike those folk who slag it about in Skins!

Skip To: The Bright Side 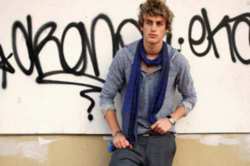 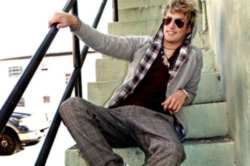 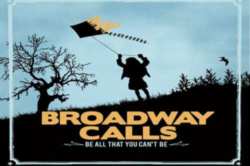 Steve Appleton Reviews; Broadway Calls - Be All You Can’t Be