I’ve always found The Mars Volta a little baffling in one of those ‘love or loathe’ types of way. I mean, there’s no way a fan of someone like N-Trance is going to love these guys, but then again, people who likes The Mars Volta probably don’t like N-Trance.

Either way, their new album, Octahedron is their fifth album to date, so whether you like them or not, they must be doing something right. As one of the most adventurous musical collectives I’ve ever come across, this latest offering is the follow up to last year’s The Bedlam In Goliath, which told the tales of disasters and weird Tutankhamun happenings which were all a result of this ouija board they picked up in Jerusalem.

Now, with this in mind, I was expecting an album to be littered with stories and mystery that this band is famed for delivering time after time. However, despite their being a lack of ‘storytelling’ on this album, Cedric Bixler-Zavala said: "It's more mellow. It's a little more of what we consider our 'acoustic' side."

To be honest, this is about as acoustic as an experimental can get, opening with silence which slowly creeps into the land of weeping guitars and gut-wrenching vocals.

Of course, when you first see that there are eight songs on here, you might think, oh, that’s a pretty short album… but oh no, six of them are well over five minutes long, and it’s six minutes of calm, tranquil, almost utterly bizarre music.

Don’t get me wrong, I’m not saying I’m not a fan, because it’s quite an enjoyable album to listen to as I try (and fail) to motivate me to do anything other than constantly press F5 on Facebook all day, but it’s not really something I’d advise someone after a bit of a ‘uplift’ to whack on their CD player anytime soon.

Unfortunately whilst ‘Octahedron’ as a whole is passably interesting, it fails to reach the levels of musical experimentation we’ve come to expect from this band, although their leaning to a more ’mellow’ direction does add a refreshing change, it would be nicer to have seen a bit more of the sparkle we know and love from these guys. 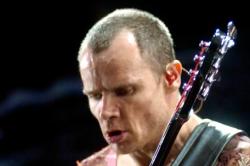 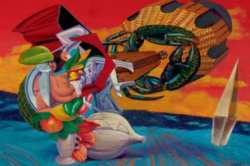