Album Review: Fitz and The Tantrums - Pickin' Up The Pieces

Fitz & The Tantrums - Pickin' Up The Pieces

Fitz and The Tantrums are a six-piece heavily influenced by the pioneers of the soul sound that fills their album.

Whilst Pickin' Up The Pieces - their debut - has some stunning moments, it feels a little dated at times.

The criticism is perhaps a bit harsh, as Fitz & The Tantrums clearly have a lot of talent both as writers and musicians.

Songs like the title track are simply brilliant, totally infectious and capture the feel of the original Motown era.

This is a double-edged sword though. Whilst this is completely authentic and real, it doesn't feel particularly original.

Lead single 'Moneygrabber' should be poised to be a huge hit, with a great funk influence that carries the song.

Given the success of Plan B's second album The Defamation of Strickland Banks, it's easy to see the appeal of Fitz and The Tantrums.

Despite fans of his earlier work, the main reason behind Plan B's mainstream appeal was the soul/Motown influence in his music.

Putting out a fairly straight-up soul record of this quality should make Fitz and The Tantrums instant stars.

The album ends on a beautiful, moving note with power love song 'Tighter', possibly the strongest track on the album.

Despite feeling slightly one-dimensional in places, Pickin' Up The Pieces is a great effort for a debut album, and it's clear the band are one to watch.

Interview: Fitz and the Tantrums
Fitz & The Tantrums - 'Breakin' The Chain Of Love EP' 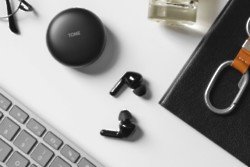