LostAlone: I’m A UFO In This City Review

LostAlone: I’m A UFO In This City

Artist: LostAlone
Album: I’m A UFO In This City
Out Now
Rating: 5/5

Artists such as Gerard Way fro My Chemical Romance and Jared Leto from 30 Seconds To Mars have been falling over themselves to heap praise on this band.

It’s been a five year wait since their debut album Say No To The World, but believe me the wait was worth it.

Obey The Rules You Lose is the perfect opening to the album and when Steve belts out ’the show starts here’ you know that you are in for a real treat.

At one minute thirty nine the opening song it brief to say the least but is grabs your attention and you are excited to hear the rest of what turns out to be a great album.

There is a real anthemia feel to second song Love Will Eat Your Alive, not to mention that Steve’s vocals are on top form - this is sure to be a single at some point this year.

Paradox On Earth & Creatures shows off the band’s really tight harmonies  better than any other tracks on the album, the latter is a particular highlight as it shows off a softer side to the band before is explodes into a upbeat chorus.

But there is a real intensity to the entire album and you know that that is the positive influence of producers Jacknife Lee and Greg Wells - the band revealing that they would spend all day on a single track to get it just right.

And that attention to detail really shows on this album as there is not a single weak track on this record; the vocals are superb throughout and there is some really great guitar work on the likes of Put Pain To Paper and Paradox On Earth.

And Steven Battelle’s vocals are come no better than on Orchestra Of Breathing as emotion al pain seep through every word - it is a stripped back track that really lets the vocals take centre stage.

It’s not hard to see why LostAlone have been building up a huge following, which includes fellow rockers, as this album is one of the best in this genre so far this year.

I’m A UFO In This City looks set to send LostAlone’s star rocketing even further - I feel that 2012 is set to be a mammoth year from the boys from Derby. 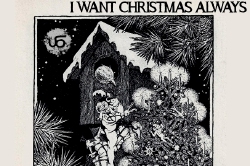 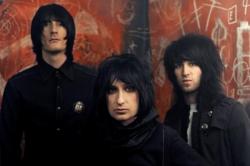