Now I don’t know about you but I never expected Peggy Seeger, folk music icon who is now seventy seven, team up with Broadcaster.

But that is exactly what has happened as folk meets dance in the new track First Time Ever, which was written by Ewan MacColl for Seeger over fifty years ago.

On paper this is track that should just not work but it is one of the most hypnotic dance tracks of the year so far and it therefore it’s not surprising that many of the big radio stations have got behind the song.

There is a great dub, groove and techno beat that thumps away throughout the track, honestly this dance background would have been a great release in itself, but then Peggy’s vocals are layered over the top.

It’s an emotional vocal performance from Seeger and it just gives this track to w whole other level as the two elements just compliment each other so fantastically.

This is such a vibrant and energising track that will be tearing up dance floors in clubs up and down the country.

But it’s such a fantastic experimental track that really delivers so much more than you expect it to - one of the best singles of the year so far.

Broadcaster fest Peggy Seeger - First Time Ever is out now 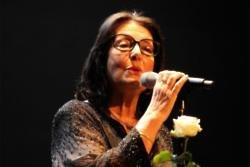 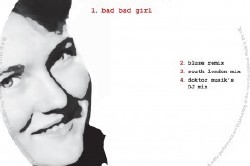