Spinning hot off the back of their debut success in 2014, The Scheme take 2015 up a gear with the release of their second double-A-side charity single, 'Jordan's Smile / Dust' on 25 July. Plus, as the trio of super-talented singer/songwriters announce the hotly-tipped new celebrity girl band, Alula, as their female protégés, and sign a deal to play their self-penned charity track, 'Jordan's Smile', at the Amway Arena (Florida) in front of thousands in July, it's clear that The Scheme are a band with a plan - a plan that's booming to unprecedented success.

The first track on this double-A side release is The Scheme's charity track, 'Jordan's Smile', which promotes awareness for The Jordan Smelski Foundation For Amoeba Awareness. This is in memory of 11-year-old, Jordan Smelski, who died suddenly from a fatal amoeba which he contracted when he swam in a hot water spring when on holiday in Florida. The amoeba is common, but the symptoms are often confused for meningitis, therefore wrongly treated to fatal ends.

Kyle's father was the pastor at little Jordan's funeral. Jordan's parents 'clicked' with Kyle instantly and asked if he'd write a song in honour of their son's cause - the stunning melody of 'Jordan's Smile' was the result. A beautiful, heart-wrenching ballad, which brings hope over such a desperate situation. As thousands of families head for the warmth of Florida this summer for their annual holidays, The Scheme want to raise awareness of this potentially fatal amoeba. If they can prevent a future death happening to even just one British child then Jordan's life will have been worthwhile. The more people who hear this track, the greater the awareness of the condition will be. To take awareness to maximum limits, The Scheme will be performing 'Jordan's Smile' to a crowd of over 15,000 at the Amway Arena, Florida. 100% of the sales will go direct to the charity.

To raise awareness amongst British families, The Scheme have teamed up with their young Brit protégés, hot new girl band Alula, to sing the track as a 'band-duet'. Partially created by the boys from The Scheme, Alula are a 3-piece girl band comprising of Holly Ellison, Ella Coleman and with the lead singer being Darby Ward, daughter of Real Housewives of Cheshire star, Dawn Ward. As the girls and boys both launch their careers simultaneously, giving each other a helping hand along the way, it seemed only natural that they'd join together to promote this vital cause.

Check out The Scheme's brilliant track 'Dust' below: 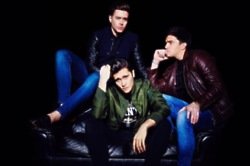 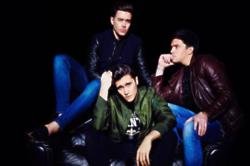 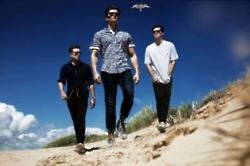 The Scheme join celeb ambassadors in support of Jeans for Genes