Donald Trump has revealed that he'll be painting the White House gold and renaming it 'Trump House' if he becomes the President of the United States. 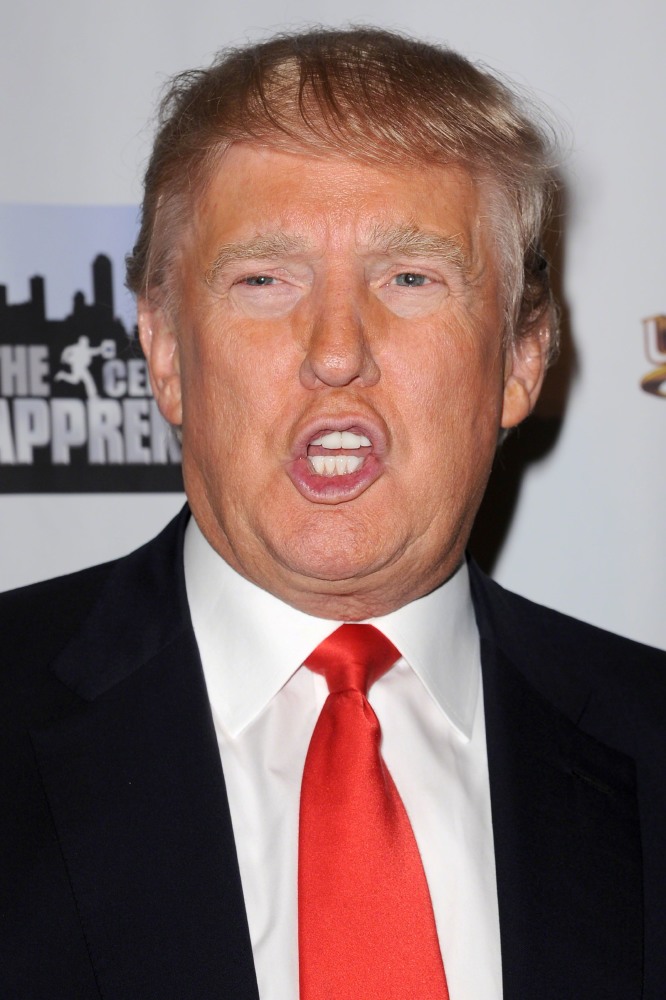 As part of his plans for a major overhaul, he also says he'll be commissioning and erecting a statue in front of 'Trump House' of himself, his wife Melanie Brown and his children Ivanka, Tiffany, Eric, Donald Jr. and Barron Trump.

Being such a controversial figure with so many who oppose him, he's said he'll be protecting himself by electrifying fences surrounding the house and only allowing members of the public to walk past between the hours of 3pm and 7pm.

Known to many before his time campaigning for the Republican Party's presidential nominee as a businessman and entrepreneur, Trump is also looking to make money off the back of his potential new home and notes that a casino would be perfect for the surrounding areas, as 'we don't need so much garden space'. He's also planning a gift shop with Presidential Trump fluffy bears, balloons and 'Hail Donald' t-shirts.

Perhaps bitter about being taken out of the equation when it comes to NBC reality series Celebrity Apprentice, the network should now be looking to air their newest season as soon as possible, as he says the show will be struck off air as soon as he steps foot through Trump House's doors. If the network does not comply, he says they'll face a hefty fine. Arnold Schwarzenegger will also be banned from entering the state of DC.

Instead he'll be hoping to replace the show with a two-hour live stream every Thursday night from Trump House, where he'll be hosting parties with varying themes for his closest friends.

The above is purely fictitious. Though we wouldn't put any of it past Donald.