Activists across the United States and indeed the globe are remembering George Floyd, who was murdered by former Minneapolis police officer Derek Chauvin.

It's been a year since George Floyd was killed by a Minneapolis police officer.

Memorial events and marches will take place Tuesday in honor of him. https://t.co/SG1KUig2rd

It’s hard to believe that it has already been a year since the world learned that George Floyd had been murdered by former Minneapolis police officer, Derek Chauvin.

On May 25th, 2020, Floyd was apprehended by four police officers; one of which knelt on Floyd’s neck and back for nine minutes and 29 seconds.

Though the conviction may be a slither of what we know as ‘justice’, the fact is, we should never have had to have a trial in the first place. Floyd should still be alive.

12 months on, memorial events and marches are set to take place not just across the United States, but the globe. Though there’s not much to celebrate, some are being praised for the actions they have taken to make positive change in the past year.

One of those for example, is 12-year-old Ebele Azikiwe from New Jersey, who was just days away from finishing sixth grade when the protests surrounding Floyd’s murder began. After being sat down by her mother and told that “this is what it is like to be Black in America”, she felt compelled to write a letter to her school principal.

In that message, she spoke about how the school needed new curriculum and better teaching around Black history. After the letter was passed onto the school's district superintendent, they in turn made it a requirement in high schools to take a Black history course to graduate.

A lot has changed in the year since George Floyd's death at the hands of police sparked a nationwide reckoning. https://t.co/nu6kqjzb4z

This is just one example of the stunning and yet simple work done to make sure that the next generation grow up with more respect for one another no matter the colour of their skin.

Floyd's family is set to meet with President Joe Biden along with congressional lawmakers later today, after President Biden called for Congress to pass a police reform bill by the one-year anniversary. That deadline will be missed, but the President is hopeful that it can still be passed in the very near future.

The bill aims to end police techniques such as choking and carotid holds, which would be banned at the federal level. Funding for local and state police agencies would be conditioned on those agencies outlawing them. It also pushes for improvements to be made in police training, along with investment in community programs that would improve policing overall.

The family of George Floyd will meet with President Biden and congressional lawmakers on Tuesday — exactly one year after he was murdered by a Minneapolis police officer, which sparked nationwide civil rights protests. https://t.co/g7b7Ih9YxE

Let’s hope that the future of this world is a brighter one than much of what we’ve seen in recent months and years. 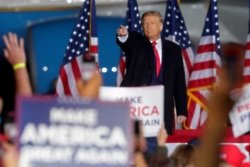 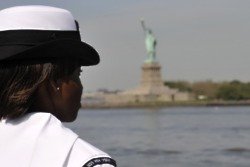 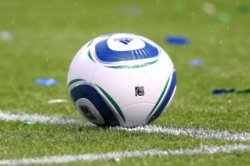