The transgender community is one of the most vulnerable, but the President does not seem to care.

The Obama administration was never a perfect one. There were plenty of mistakes made along the way, which handed ammunition to his critics. One of the biggest myths drawn up by supporters of the current Trump administration is that Obama's mistakes were never brought up, reported on, or challenged. That false narrative is usually brought forward when President Donald Trump (I still shudder when typing that out) attempts to roll back progress made in a variety of different avenues. More recently, he seems to be taking the attack to the trans community. 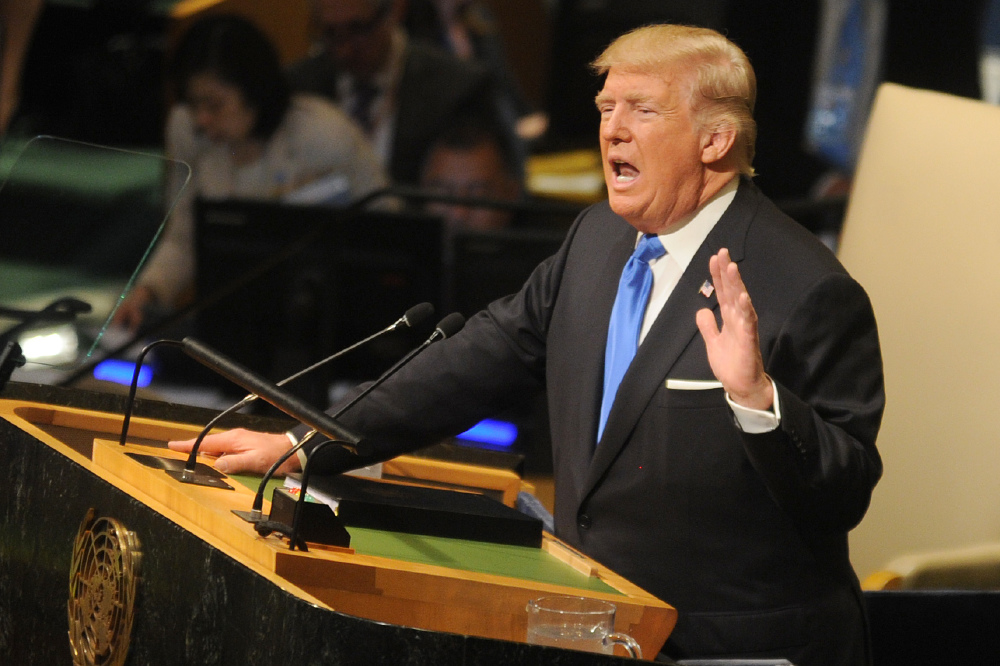 According to a leaked memo, the Trump administration are close to narrowly defining gender as a condition determined at birth that's irreversible, no matter how much surgery a trans person may have. They’re doing what transphobic people across the globe do, in confusing gender with biological sex. The latter is what’s assigned at birth. Gender is something that exists on a spectrum.

Now let’s rewind a little. During the Obama administration, the legal concept of gender was loosened up, with trans people being given as close to equal rights as they have ever had in the United States of America. Gender was recognised as more of a choice than something assigned at birth, and this would extended to education and healthcare programs thanks to the support of federal agencies and Congress.

According to the report from the New York Times, Trump's administration are making a real effort to reject the forward-thinking interpretations of gender, instead defining it as "a person's status as male or female based on immutable biological traits identifiable by or before birth."

Not only is this an attempt to erase trans people from the picture entirely, but it would allow businesses to deny candidates for a job if they thought they weren't masculine or feminine enough for the role. Instead of basing decisions on merits, organisations would be able to choose the prettiest candidate, or the one with the biggest arms.

This move is just the latest in a string that have attacked the transgender community. A single month into the Trump presidency, Education Department guidance from Obama's eight-year run was rolled back, removing recommendations for schools to allow students to use the facilities and pronouns consistent with the gender they personally identify with. Then in October 2017, Attorney General Jeff Sessions removed protection for trans workers from employment discrimination, whilst Trump also decided to ban transgender military recruits from serving for the country. Fortunately, the latter was blocked by a federal court.

The complete disregard for the trans community by the Trump administration is a flagrant abuse of power and attack on some of the most vulnerable people in society. A report back in 2015 found that 41% of trans people try to take their own lives, which is an astronomical figure when compared with 4.6% of the general public. The very fact that this is ignored by Trump’s administration is both dangerous and disgusting.

We’ve seen this sort of war waged on a minority before, whether it be because of their race, sexuality, or something else entirely. Whilst the minority groups are at a distinct disadvantage simply because of their literal numbers, we have seen them rise up time and time again, with support from the enlightened, to take the fight to the people in power and win out in the end.

If Trump and his cronies think this step backwards will win support, then they’re unfortunately probably correct. Bigots and the uneducated will support the move, and hail it as another way to “Make America Great Again”. But what the administration seem completely unaware of is exactly how many will rally by the sides of their trans brothers and sisters, and continue to fight for complete equality because of the damaging rhetoric.

Trump’s wins will be short and meaningless. The trans community’s wins will be passionate and long lasting. The President wants to go to war with the LGBTQ+ community? Let him try. We’ve faced off worst threats before.