10 Benefits of sensory food play for babies and toddlers

The more food smells the baby experiences then the more they are likely to accept new tastes.

40% of parents surveyed by WaterWipes don’t allow their babies to play with their food, and over a third feel stressed and anxious if their babies do play with their food, and prefer food-play to be carried out at playgroup or with a child minder. Why should this be worrying? Well because sensory play reduces food fussiness, both in infancy and later childhood. How does it do that? By dampening down the over-sensitive response to new experience.

Four senses are involved in sensory play; taste, touch, smell and the look of food.

There are also two stages of ‘fussiness’:-

Dr Gillian Harris is working with WaterWipes to encourage parents to have fun with sensory food play during the weaning phase.  For further tips and sensory food play games to try out at home, visit www.waterwipes.com 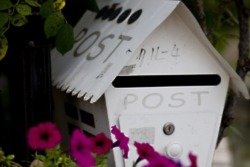 Seven ways to keep your toddler entertained during lockdown