Muddle Your Way Through Fatherhood by Paul Merrill 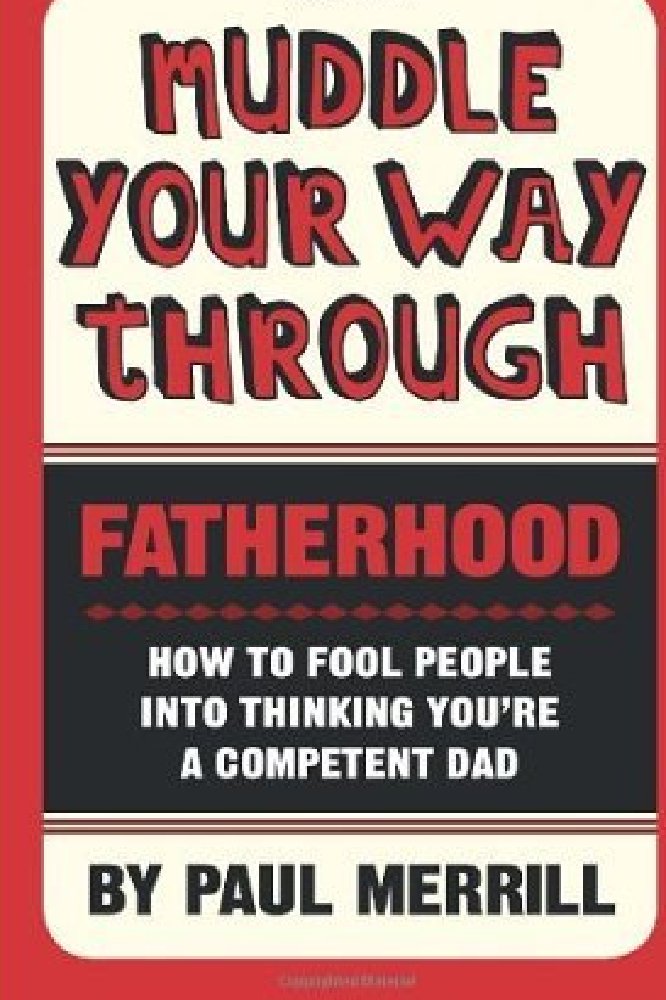 Muddle Your Way Through Fatherhood

What can you tell us about Muddle Your Way Through Fatherhood?

It's the antidote to the regular parenting books that give you lots of worth guff about all the serious bits about having kids. This is all the stuff that the so-called real guide books don't dare tell you. It's played for laughs, but thee are some useful nuggets in there too.

The book is for dads but how can mums enjoy reading it?

I think mums will recognise a lot of the content in their partners. In truth the book is a gentle piss take about how useless some dads can be, and the lessons they need to learn so they can somehow muddle through and look like they have half an idea about what is going on. It'll mainly be bought by women for their husbands as a not-so-subtle hint that they need to up their game.

What is the greatest lie to tell your kids?

Well a favourite is that when the ice cream van sounds its jingle, that means it has run out of ice cream. The book contains tips not only on what lies to tell ("yes, that does look like fur in the dog's poo, but I assure you little Fluffy ran away to the wild") but how to tell them well. However if a child lies to you, unleash hell and proclaim something sanctimonious about the boy who cried wolf, George Washington chopping down the cherry tree and Kim Kardashian's wedding vows.

What is the best coping strategy if your child becomes a nerd?

The book contains a section weighing up whether it's better to bring up a nerd or a serial killer. The result is inconclusive - at least a serial killer won't force you into role playing fantasy games and, if he dissolved the bodies in acid, it shows he was paying attention in chemistry. And, more crucially, he's not a nerd.

How did you avoid being assaluted during childbirth?

The book recommends the Triple A approach - 1) Apologise even if you're not sure what you're apologising for because it's your fault (even if it isn't), 2) Accept that this is the worst pain that any human being has ever endured (worse even than when you sprained your ankle on the Norfolk Broads), and 3) Apologise again because your first effort probably sounded insincere. Also refrain from wondering aloud if United have equalised. Then, when she suggests you cut the cord, insist that handling sharp objects violates the terms of your parole or fake early on-set Parkinson's.

What are the 17 easy stages to changing a nappy?

The first six involve positioning the baby on the change mat the right way up and with sufficient baby wipes to wash a family saloon and several rolls of nappy sacks. This will be achieved having failed to innocently position the baby upwind from its mother in the hope she might get a whiff and do it for you. The final stage, having finally managed to get the thing in place is to react calmly when your wife takes one sniff and announces that another bowel movement has taken place and the whole process needs repeating. The fact that humans only have two hands to cope with nappy changes effectively disproves the theory of evolution.

What are the tell tale signs that your teenager has become a terrorist?

The starting point here is the fact that most suicide bombers are female, so looking for signs in your son is a less useful exercise. The book contains a handy quiz, not strictly scientific, analysing the amount of fertiliser she has recently purchased, if she prays to Macca's or Mecca and whether she has a signed photo of Ayman al-Zawahiri on her bedside table.

How do you know if you have chosen the right mother for your children?

And will you still be in love ten years down the track when the only modelling she’s doing is for Argos, blow jobs are restricted to birthdays and her daddy left all his money to the family cat?

Another tip is to look at her mother, because that who you will be sleeping with in twenty five years. Hopefully, only in a figurative sense. If she’s like Helen Mirren or Teri Hatcher, the odds favour you more than if she’s akin to Mollie Sugden or Kim Jong Il.

How did you first feel when you found out you were going to be a father?

Probably a mixture of fear, elation, confusion and panic. Girls plan for their first baby right from the time a cabbage patch doll is plonked in their crib. Men, however, live in denial until a small bag of vomit is placed in their hands and they're expected to know what to do. This book is meant to make the father-to-be feel reassured that he will somehow cope, and existing fathers realise that, however hopeless they are, there are bound to be others, more hopeless.

Muddle Your Way through Fatherhood is now avaliable on Amazon. 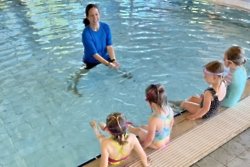 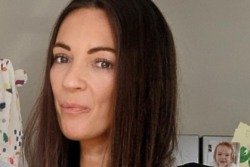 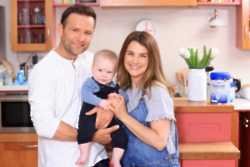