Thrill-seeking families can ride rollercoasters, get soaked on log flumes and have their photo taken with Mickey Mouse for up to £50 less than last year, due to current exchange rates

Thanks to a strengthened Pound, the world’s most famous theme parks are better value this half-term holiday, according to leading foreign exchange specialists, Travelex.

Research compiled by Travelex set out to find the perfect combination of October sun and screams.

With the Euro up by nearly eight per cent compared to this time last year, those families looking to head to theme parks in Europe such as Disneyland Resort Paris, Port Aventura and Parc Asterix could save up to £25 on their entry.

To virtually guarantee a holiday of fun, sun and excitement, holidaymakers should hop across the pond to Florida in the USA, where the Pound is up against the Dollar by 3.18 per cent.

Elvin Eldic, from Travelex, says: “This October can be less wet and wintry, and more wet and wild for Brits looking for a fun-packed holiday abroad. Both the States and Europe are proving especially popular thanks to the strength of the Pound against both currencies, which mean holidaymakers have more money to play with and entry prices and refreshments are better value.”

Adrenaline junkies should visit either Universal Studios or Universal Islands of Adventure, which feature rides such as Harry Potter and the Forbidden Journey and The Simpson Ride. A family of four purchasing a park hopper ticket, (giving them admission to both parks) would need little over £400 ($626). Families looking to keep topped up on food in both parks, can purchase meals from under $10 and merchandise from $8.

Also in Florida, those looking to come face to face with the Disney characters for the whole of the half term will be looking at saving nearly £50 compared to the same time last year. Families can be almost certain of some sun, with monthly highs from 29 degrees and an average of eight hours of sun a day.

For those who want a taste of Disney, but don’t want to fly, then the world famous Disneyland Resort Paris is just a train ride away, where visitors can experience the world famous Disney Magic Parade and the Buzz Lightyear Laser Blast ride. A family of four spending the day hopping between the Disney Park and Walt Disney Studios can expect to pay just over £200 – that’s a £25 saving on costs compared to this time last year which is enough change to buy each child a pair of Mickey Mouse Ears, as well as a soft drink each.

Families looking for a more thrilling adventure combined with warmer weather should head to Port Aventura in Spain this half term. Average temperatures of 20 degrees and 10 hours of sunshine mean that Port Aventura is a much more attractive prospect than another dreary British October. Families can expect good value too, with a park tickets for a family of four coming in at just under £170, that’s around £20 cheaper than it would have been this time last year.

Parc Asterix, just North of Paris is also another popular European theme park, perfect for families who want to experience the thrills of the Goudurix rollercoaster and the Romus et Rapidus this October half term.

With tickets available for two adults and two children for £127, it’s great value for money. The same trip last year would have cost you £10 more, that’s more than the price of a kid’s buffet which is just over £6 each.

To those travellers looking to plan a trip away for the half term, Travelex recommend ordering currency at Travelex.co.uk to take advantage of their Price Promise to secure the best value travel money. Families should also use a prepaid currency card which can be used just like a regular plastic, comes chip and PIN protected and avoids the fees and charges typically associated with debit and credit cards. Being a prepaid card it’s a great way to help keep the holiday budget on track. 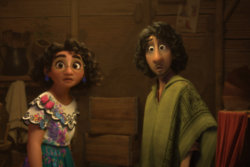 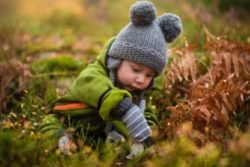 How to encourage your baby to love nature 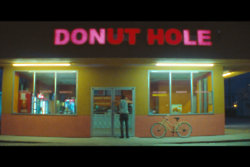