The fiancee of Monaco's Prince Albert has become a Catholic ahead of their marriage on July 2.

Charlene Wittstock has converted to Catholicism ahead of her marriage to Monaco's Prince Albert.

Miss Charlene Wittstock, who professes Christian faith, has been admitted through a free and personal decision into full communion in the Catholic church.

The South African born former Olympic swimmer - who was raised a Protestant - will marry the 52-year-old royal on July 2 and has decided to become a Catholic, the official religion of the principality, which will allow her to enter into a sanctioned marriage with the reigning sovereign and also meets the constitutional requirements regarding any possible heirs.

A statement released by the palace said: "Miss Charlene Wittstock, who professes Christian faith, has been admitted through a free and personal decision into full communion in the Catholic church."

Charlene, 33, and Albert have also requested that well-wishers make donations to foundations and associations instead of giving them wedding gifts.

The statement continued: "For their wedding, the princely couple do not wish to receive gifts but request that donations be made to foundations and associations. The allocation of the donations received on the accounts specially opened to this effect will be communicated in September."

The special occasion - which will be open to the public, with giant TV monitors to be erected in the palace square - will also mean the people of Monaco will have two bank holidays on July 1 and 2 when the civil and religious weddings will take place respectively.

The civil ceremony - required by law - will take place in the Palace Throne Room, with 100 friends and family in attendance.

Monsignor Bernard Barsi, Archbishop of Monaco, will then conduct the religious ceremony and Mass the following day. 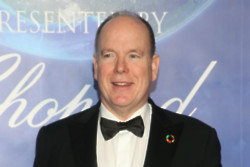 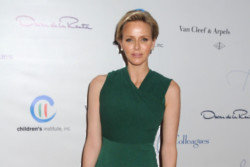 Princess Charlene returns to Monaco after months in Switzerland