Paul Burrell is set to present his own US TV talk show, sources have claimed.

The former butler of Britain's late Princess Diana - who recently had his complaint against the News of the World newspaper, who claimed he had sex with the princess, upheld - is said to be considering taking on the show after securing thousands of fans in America.

A store insider said: Christmas is a busy time for the business and apparently Paul feels it's only right he should be back helping Maria behind the counter

A source told Britain's The Daily Express newspaper: "Paul has a loyal American fan base who would watch him on a regular show. It would be on one of the smaller channels and would be a daytime show with a relaxed, informal atmosphere. The feeling is Paul would make a natural talk show host."

Paul is no stranger to TV, having been a judge and mentor on Australian TV show 'Australian Princess'. He also appeared on British reality TV show 'I'm A CelebrityÃ¢â¬Â¦ Get Me Out Of Here!' and starred as actor Richard Gere in a performance of Chicago's 'Razzle Dazzle' on 'Celebrity Stars in Their Eyes'.

Meanwhile, it has been revealed Paul will return from America to his home in Farndon, Cheshire, to help wife Maria behind the counter of his family's flower shop ahead of the Christmas rush.

A store insider said: "Christmas is a busy time for the business and apparently Paul feels it's only right he should be back helping Maria behind the counter.

"It will be quite strange to have him back as he hasn't worked in the shop for a long time, even though his name is still above the door." 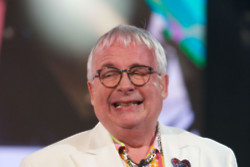 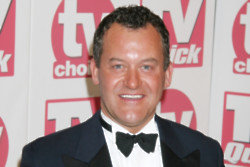