Prince William and bride will live in a Welsh cottage

Prince William and his bride Kate Middleton will live in a cottage in Wales as newlyweds near his RAF base in Anglesey.

Prince William and Kate Middleton will live in a cottage in Wales after they are married.

The couple - who announced their engagement yesterday (16.11.10) after dating for almost eight years - plan to spend the first years of their married life living in the secluded house which William rents near RAF Valley in Anglesey, where he is based as a helicopter pilot.

The second-in-line to the British throne chose to live in the reported ÃÂ£750-a-month cottage rather than the military base so he could spend more time with Kate, 28, who visits several times a week from her parents' home in Berkshire.

The secluded house - which has stunning views of Snowdonia and access to a private beach - ensures the couple will be able to enjoy some time away from the spotlight following their lavish public wedding next year.

Kate has already moved some of her possessions into the modest home and is said to feel "utterly safe and relaxed" at the house.

The prince's existing security team - which includes 15 police officers from the North Wales police force - will be reinforced once Kate becomes his wife.

She will have her own protection team as she takes on a number of royal engagements.

As well as the cottage, William and Kate will have an array of other houses and palaces to escape to including Balmoral Castle in Scotland or the queen's Sandringham estate in Norfolk. 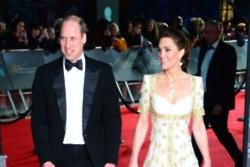 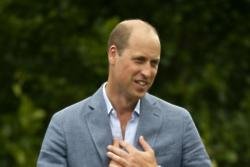