The Netherlands Queen Beatrix has had to politely decline her invitation to the wedding of Britain's Prince William and Kate Middleton.

The queen has to be at home for her birthday on April 30th - the day after the royal wedding - as it is a national holiday in her honour and one of the most important dates in the country's annual calendar with day-long street parties and celebrations.

Attending on her behalf, are Crown Prince Willem-Alexander and his wife, Princess Maxima.

Coincidentally, Sweden's King Carl Gustaf also has a birthday on the same day; and while it is not a national event on the scale of Beatrix's he is also excusing himself, sending his daughter Crown Princess Victoria and her husband Daniel to represent the Scandinavian nation.

Although the wedding does not require foreign heads of state to be invited - as William is not the direct heir to the British throne - some 40 members of foreign royal families have been invited, alongside 60 governors-general and prime ministers from the British Commonwealth realm.

Among them are Queen Margrethe of Denmark and King Harald of Norway - both of whom are the great-great grandchildren of Queen Victoria and therefore third cousins of Britain's Queen Elizabeth. Crown Prince Frederick of Denmark is also expected to attend with his wife, Crown Princess Mary.

Crown Prince Felipe of Spain will represent his father, King Juan Carlos, while Prince Albert of Monaco will also attend.

Representatives from the royal families of the Middle East include Jordan's half English King Abdullah, the Sultan of Oman, the Sultan of Brunei and Sheikha Mozah of Qatar.

Australia's Prime minister Julia Gillard will be in attendance, although Canada's premier Stephen Harper has had to turn down his invitation as he is in the middle of an election campaign. He will instead send governor-general David Johnston in his place. 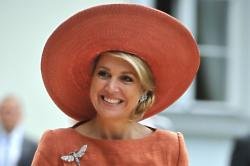 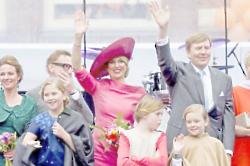