Princes Charles And William to Call for Poaching Action

Britain's Prince Charles is to make a rare joint address with his son Prince William at a conference at St. James' Palace to call for an end to poaching in Africa.

Britain's Prince Charles is to make a rare joint address with his son Prince William.

The two royals will host a conference at St. James' Palace tomorrow (21.05.13), in which they will call for political and diplomatic action to counter an "epidemic" of poaching in Africa.

Charles and William - who is patron of wildlife charity Tusk Trust - want the poaching of rhino, elephants and other wildlife put at the top of the international agenda and will speak with delegates from countries where horn and ivory are being taken, and from those that receive or traffic the illegal items.

The princes believe the hunting is driven by international criminal networks and terrorist groups, and will urge key nations to sign a solemn commitment this autumn to end illegal trade in wildlife.

William spent time at Lewa wildlife conservancy in northern Kenya during his gap year in 2001 and has returned several times since - including in 2010 when he proposed to his then-girlfriend Kate Middleton, who is now known as Duchess Catherine.

Worker Ian Craig said the prince is "saddened and sickened by the rhinos being killed," particularly because conditions are so different to when he was there.

He added: "When William was here as a gap student, no one had cracked Lewa.

"It was absolutely Fort Knox and we had not lost a rhino in 23 years, but suddenly the game changed." 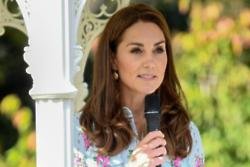 Duchess of Cambridge urges addicts to ask for help

Duchess of Cambridge urges addicts to ask for help 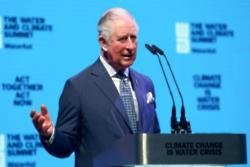