Prince Harry and Meghan, Duchess of Sussex are "proud" of their decision to step down as senior working members of the royal family, authors Omid Scobie and Carolyn Durand claim in an epilogue to 'Fin

Prince Harry and Meghan, Duchess of Sussex, are reportedly "proud" of their decision to step down as senior working members of the royal family.

A new epilogue to the book 'Finding Freedom', written by royal reporters Omid Scobie and Carolyn Durand, explains how the couple have embraced their independence by relocating to California, signing production deals with Spotify and Netflix, venturing into writing books and continuing to champion the causes they support.

In the new chapter of the book, the pair write: "(These accomplishments are) another sign that (Meghan and Harry) had made the right decision to step back from royal roles, not only for their family but for their focus on social issues and helping the world."

Scobie had recently suggested that the Duke and Duchess of Sussex were entering "the era of visibility" and are keen to be in the public eye more.

He said: They're a couple who do very well in those moments of human interaction. They need to be on the ground.

"They say that the proof is in the pudding, and what we are about to see is that pudding."

The author also claimed that Harry and Meghan, who was known as Meghan Markle before her marriage to the prince, had been focusing on their mental health to keep "toxicity" from the outside at bay.

He added: "They seem to be existing in a different place, and that place is much healthier.

"Meghan famously spoke about that it was not enough to survive — we are now in the thrive chapter." 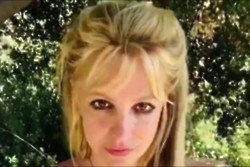