Prince Harry has written a letter to mark World AIDS Day on Wednesday (01.12.21). The 37-year-old royal has written a letter to Dr. Tedros Adhanom Ghebreyesus - the director-general of the World Heath Organization - and UNAIDS executive director Winnie Byanyima to mark World AIDS Day on Wednesday (01.12.21).

In the letter, Harry - who has previously undergone public testing for HIV - says: "It is striking to now see the world's leading AIDS activists are also leading the call for COVID-19 vaccine equity.

"Vaccinating the world is a test of our moral character and we are experiencing a spectacular failure when it comes to global vaccine equity. Similar to the AIDS crisis, we've yet again revealed over the past year, that the value of life depends on whether you were born and/or live in a rich nation, or a developing country."

In his letter, Harry paid tribute to people who have lost their lives to AIDS.

The prince also referenced Princess Diana's efforts to break the stigma surrounding AIDS and HIV in the 80s and 90s.

Harry - who now lives in the US with his wife and their two children - wrote: "We honour those whose lives have been cut short and reaffirm our commitment to a scientific community that has worked tirelessly against this disease.

"My mother would be deeply grateful for everything you stand for and have accomplished. We all share that gratitude, so thank you." 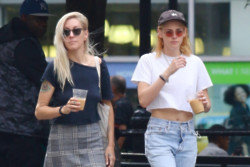 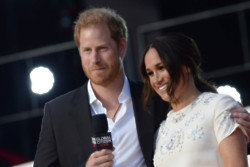