Princess Diana's wedding dress has gone on display at Kensington Palace, a month before what would have been her 60th birthday

The dress worn by the Princess of Wales on her wedding day has gone on display at her former Kensington Palace home. 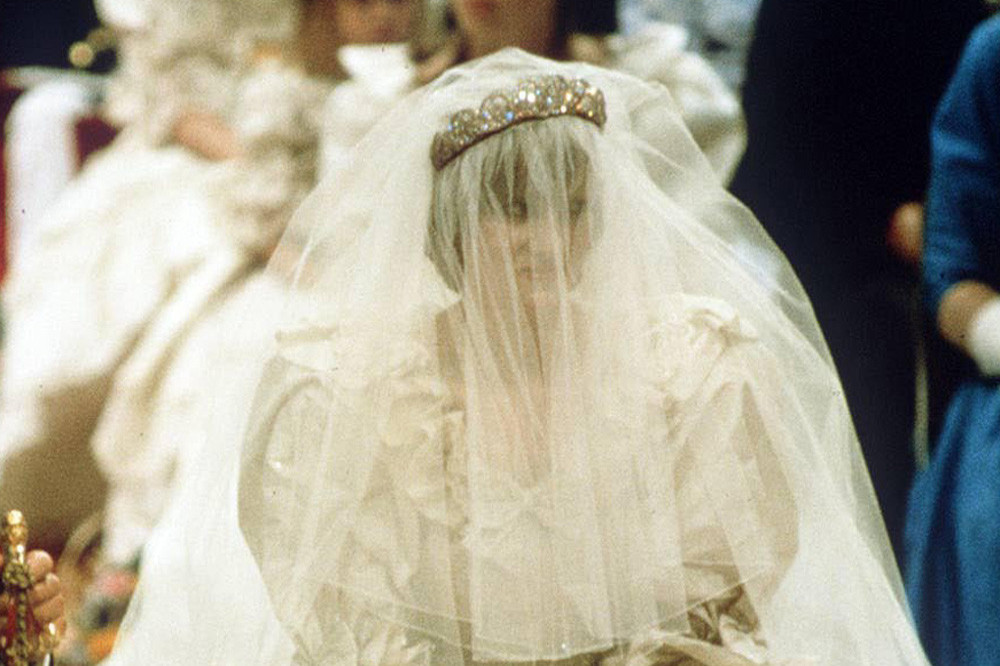 Her sons Prince William and Prince Harry have loaned the dress to the 'Royal Style in the Making' exhibition, which opens today (03.06.21), less than a month before Diana - who tragically died in a car crash in 1997 at the age of just 36 - would have turned 60 on July 1.

Described by exhibition organisers as being "among the most famous in bridal history", the iconic gown was designed by husband and wife David and Elizabeth Emanuel for Diana’s wedding to the Prince of Wales, which took place 40 years ago, in July 1981.

In a video which is shown at the exhibition, Ms Emanuel recalled Diana phoning to ask her and her now ex-husband if they would make her dress.

She said: "It was one of those strange moments where you know your life is never going to be the same again.”

It features a 25ft (7.6m) sequin-encrusted train and has a fitted bodice with panels of antique Carrickmacross lace which originally belonged to Queen Mary.

As well as their mother's wedding dress, the Duke of Cambridge and Duke of Sussex have also permitted the exhibition to showcase some of Diana’s other famous outfits.

A description of the exhibition on the 'Royal Style in the Making' website, reads: “This new temporary exhibition explores the intimate relationship between fashion designer and royal client, revealing the process behind the creation of a number of the most important couture commissions in royal history.

“On display will be the wedding dress of Diana, Princess of Wales, on show for the first time at Kensington Palace in 25 years, in addition to a rare, surviving toile for the 1937 coronation gown of Queen Elizabeth The Queen Mother; consort of King George VI.”

The exhibition runs until January 2021.