Graydon Carter had never heard of the Duchess of Sussex before he put her on the cover of Vanity Fair in 2017.

Graydon Carter had never heard of the Duchess of Sussex before he put her on the cover of Vanity Fair.

In September 2017, the then-actress Meghan Markle confirmed her relationship with Britain's Prince Harry in the magazine but the publication's former editor admitted he took some persuasion to agree to giving her the prestigious flagship interview.

Explaining that a staff member pitched the idea to him saying, "I was thinking of trying to get Meghan Markle for our cover", Graydon added to the Daily Telegraph newspaper: "I said: 'I don't know who she is.' She said: 'She's on a TV show called 'Suits.' 'Never seen it,' I replied."

And Graydon thinks his doubts were justified because the issue "didn't sell particularly well".

He added: "The issue didn't sell particularly well. Maybe it was too soon, maybe it hadn't settled in peoples' minds yet that this woman was going to marry an English Prince."

Meanwhile, although Meghan and Harry - who have 14-month-old son Archie together - are currently living in Los Angeles - Graydon urged them to return to the UK because people are not impressed by their position, particularly now they are no longer working royals.

He said: "He'd be crazy not to [move back to Britain]. Los Angeles is not a place for people who don't have a part in the professional firmament.

"Meghan was on a middling TV show that a lot of people didn't see, and as for Harry: being a soldier and liking football are just not saleable talents out there.

"You can get it right if you stay on message in LA. But I think it's very hard to start telling people about the fate of the planet when you're flying in private planes, living in a 14-bedroom Beverly Hills mansion and living off the state. I really don't think you can lecture people from that position.

"British people are clearly just saddened that this star, in their eyes - and I mean Harry, not Meghan - has left the country and gone his own way. It doesn't make sense to a lot of them." 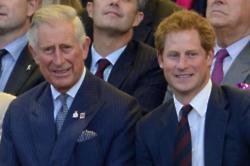 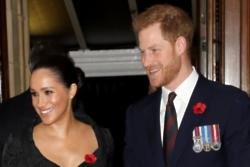