Your monthly guide of what’s new and what to do in Palermo courtesy of FemaleFirst & Hotels.com.

The Sicilian capital is best visited in the Spring when the weather is still warm enough to relax on the beach but it is not too hot to go sightseeing. Every May, Palermo's renowned 'World Festival on the Beach' takes place on the stunning Mondello Beach. The event is free to watch and combines windsurfing, beach volleyball, sky diving, paragliding, sailing, golf, jazz and a photography contest.

As part of the Expedia group, Hotels.com has access to a dedicated team of Market Managers across the world who know their cities inside out. For this guide the Palermo Market Manager has hand-picked the newest and most unusual hotels, as well as the best deals and essential tips for visiting the city.

Opened in August last year, the Hotel Porta Felice is in the historic heart of the city, just moments from Foro Italico, Piazza Marina, via Alloro and Corso Vittorio Emanuele. The hotel's wellness centre features a sauna, spa tub and steam room, and all guestrooms come equipped with flat-screen televisions.

Located on the cliff tops overlooking the Bay of Palermo, the Villa Igiea is a graceful hotel designed as a spa retreat nearly a century ago. The hotel's most remarkable feature is a lovely freshwater pool overlooking the Mediterranean. The guestrooms are spacious with brocade walls and bathrooms come with Crabtree & Evelyn toiletries.

The Centrale Palace Hotel was formerly the Palazzo Tarallo, a magnificent 18th-century aristocratic residence. Set in beautiful grounds with statues and fountains, and located right in the heart of the historic city centre, the hotel is within easy walking distance of the Cathedral and the Via Maqueda. The hotel is decorated with antiques, wall and ceiling frescos and boasts a spa and wellness centre.

Stay three nights and save a further 20% at the three-star Hotel Casena Dei Colli, a restored 18th century villa set in private gardens, just moments from Verdura Theatre in the city centre. Prices start from £56 per double room per night, reduced from £66.

Stay three nights and save a further 20% at the three-star Hotel 3 Bel, located on a hillside overlooking the town and with stunning sea views. Prices start from £47 per double room per night, reduced from £59.

The people of Palermo love their food and street food is a particular favourite. Sellers with hand-carts, bike-carts or Ape Piaggio cars offer a variety of specialities, most notably pani chi panelle, a kind of sandwich with chick-pea croquettes inside for about 1 Euro each, or sfinciuni, a kind of pizza with anchovies, tomatoes, onions, pecorino cheese, also 1 Euro each.

The Vucciria, in the heart of Palermo's historic old city, is one of the city's oldest markets at nearly 700 years old and opens every day from 4am, when local fishermen bring in the catch of the day. At around 5am the street vendors arrive with fruit and vegetables and from 6am the market is bustling with shoppers so it's advisable to get there early.

A popular way to soak up the sights of the city is to take a horse and carriage. These can generally be found in front of Teatro Massimo or near the Cathedral. You must agree a price with the driver first so as not to have any unpleasant surprises at the end.

All prices and deals are correct as of 03 April 2009 but are subject to change. For more information please visit hotels.co.uk.

The seven most fashionable cities 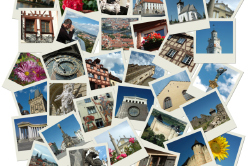 City Breaks: Month by Month Guide for 2013 from Cresta Holidays 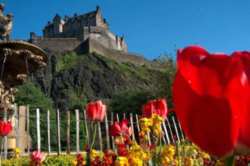 How Many Calories Will Your City Break Burn?