Slovenia will be celebrating its 18th birthday on June 25th 2009 after the country declared independence from Yugoslavia on June 25th 1991.

Slovenia is still a hidden gem within central Europe with many exciting and varied travel opportunities.

The compact country allows holidaymakers to experience a whole range of landscapes and activities just a short distance from each other, including city highlights, a beach break, outdoors activities around the mountains and lakes, and even underground attractions in the Karst region.

To mark the country’s coming of age, here are 18 fun facts about Slovenia that travellers might not know:

4. Over 400 brown bears make their home in Slovenia

5. Slovenia has over 7,000 km of marked mountain trails, with 165 mountain huts and shelters

6. 216 square kilometres of Slovenia is covered in vineyards

7. Triglav National Park is one of the oldest parks in Europe, with the first efforts to protect the area dating back to 1906

8. Slovenia has lots of quirky food festivals including the Salt Makers’ Festival, Cabbage Festival, Chestnut Sunday and Bean Day to name a few

9. In Slovenia, you can pay to stay in a prison cell at the Hostel Celica in Ljubljana

10. The official symbol of Ljubljana is the dragon which was said to have been slayed by Jason (of Jason and the Argonauts)

11. Some scenes from The Chronicles of Narnia: Prince Caspian were filmed in Slovenia’s Soca Valley

12. The Lipizzaner horse stud, Lipica, was established in 1580 by the Austrian Archduke Karl II

14. Old Vine in Maribor is over 400 years old and the oldest vine in the world. It still bears between 35 and 55 kilos of red grapes annually from which wine is produced

16. The Secovlje saltpans are more than 700 years old and have been protected as a nature park since 2001

17. Postojna Cave, part of Slovenia’s Karst region, is the most-visited cave in Europe. It has a network of 20 km of passages, galleries and chambers

18. Couples can still get married in the church on Bled Island. Tradition says that the groom must carry his bride up the 99 steps to ensure a long and happy marriage 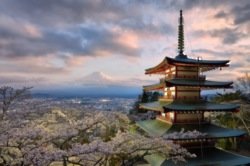 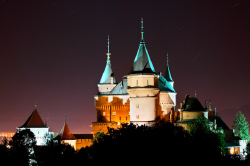 23 Most Beautiful Castles in Europe 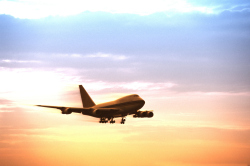 Go for Gold with Five Olympic-Inspired Holidays from Skyscanner