New Olympic Sports: Get Ready for Rio 2016 in England

As the dust settles over London, talk is turning to Rio. VisitEngland introduces the three new Olympic sports that you can get involved with around the country ahead of 2016

From the classic sports of our P.E. days such as tennis and hockey to Olympic classics like diving and heptathlon and the less familiar including synchronised swimming and speed walking, there was a sport for everyone to enjoy during the London 2012 Olympic and Paralympic Games.

TEE OFF ON ENGLAND’S GOLF COAST

Golf was played in the 1904 Olympic Games but only two teams competed and it was dropped. Over a century later, golf will once again be played at Rio 2016, by men and women from over 30 countries.

You can perfect your swing in time for Rio at some of England’s best golf courses. Head to the Golf Coast in the North West which boasts three famous courses with Royal links – Birkdale, Liverpool and Lytham & St Annes.

KITESURF OUR MILES OF COASTLINE

Kitesurfing will make its Olympic debut in 2016. This extreme sport combines wakeboarding, windsurfing, paragliding and gymnastics. Kitesurfing harnesses the power of the wind to propel the rider across the water on a small surfboard or kiteboard.

It’s a sport practiced widely by Brazil’s wind and water enthusiasts, but with 30 English kitesurfing schools located from the Isle of White to Cumbria, you don’t need to go all the way to South America to give it a go. Dorset, Cornwall, West Sussex and Essex are firm favourites amongst the kitesurfing set.

HIT THE PITCH IN THE BIRTHPLACE OF RUGBY

Rio 2016 will see the launch of sevens rugby as an Olympic sport. Each team is made up of seven players and each half of the game lasts - you guessed it - seven minutes. Get into the spirit of rugby with a trip to its birthplace in Warwickshire.

Legend has it that the game was invented by William Webb Ellis in 1823 at Rugby School, one of England’s oldest and most prestigious public schools. Visit the Webb Ellis Rugby Football Museum which has an exhibition on the history of the game as well housing thousands of rugby memorabilia. Rugby Art Gallery and Museum and Caldecott Park are also a must see for the rugby enthusiast.

GET AHEAD WITH THE NEXT BIG THING

If golf, rugby and kitesurfing aren’t your thing, consider instead the sports shortlisted for inclusion in 2020. Baseball, karate, roller-sports, softball, sports climbing, squash, wakeboarding and wushu are all in the running to join the Olympic programme in eight years’ time. Plenty of time to perfect your game.

For more information on sport in England visit www.visitengland.com/ee/Things-to-do/Sporting-England/ 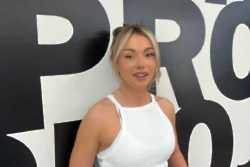 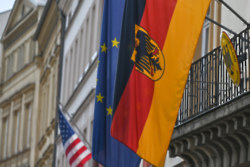