Are you hoping to experience the thrills of a casino from the comfort of your sofa? Or maybe you’re looking for a little background distraction as you play some table games online?

We’re here to help you out with these seven action-packed gambling-inspired movies! You’re sure to find something here to watch on your next movie night to give you a thrill while you’re waiting for your next trip to the casino!

We couldn’t have this list without the classic Bond film, Casino Royale. However, the extremely popular Daniel Craig version isn’t currently available on Netflix. So instead, you can enjoy the original 1967 version starring David Niven as 007.

The film is loosely based on Ian Fleming’s novel of the same name. So, it follows the story of Bond rejoining the Secret Service to take down an elusive counterintelligence organisation that is attempting to cheat at Baccarat to win money for terrorist activities.

Ocean’s 11, 12, and 13 are all currently available on Netflix - perfect if you are looking for a marathon of casino-based movies!

The first movie in the trilogy introduces us to a group of 11 professional criminals who are attempting to take down Vegas casinos with elaborate heists worth over $100 million. In Ocean’s 13, the group returns to rig the games in another casino, so they pay out millions each time a player wins. So, you can be sure there are plenty of thrills in these films for gambling fans!

The Ocean’s trilogy features an all-star cast with some of the biggest names in Hollywood, including George Clooney, Brad Pitt, and Al Pacino. There are plenty of comedy moments in the movies, too - there’s something here for everyone!

Unlike many other casino films, the Martin Scorsese 1995 film Casino focuses more on how the casino is run rather than the customers who play there. It stars some of Hollywood’s most famous actors, including Robert de Niro and Sharon Stone and has great reviews from critics.

Casino tells the story of a member of the Mafia who is sent to run a casino. He quickly starts skimming money to be sent to the Mafia and is ultimately found out for his crimes. Many of the characters in the film are based on real people, so Casino offers us a thrilling insight into illegal happenings in Vegas in the 1970s and 80s.

21 is an exciting heist film based on a true story. It follows a group of MIT students who needed to raise some quick cash for tuition fees. The group turns to learning techniques based on their maths skills to increase their chances of winning at blackjack, then head to casinos to use these techniques to turn over huge profits.

The MIT Blackjack Team successfully pulled off these heists in casinos around the world for many years, and the card counting techniques they used were, and still are, legal in casinos. Two real members of the team star as dealers in the movie, whilst a third has a cameo role.

The 1998 film croupier offers us yet another perspective into the running of a casino, this time from the point of view of a professional dealer.

It might not be one of the best-known gambling movies, but there is plenty of action and drama to keep viewers entertained. Croupier doesn’t show us the glitz and glam of Vegas casinos, focusing instead on an unknown British writer struggling to make his book a success.

As a backup, the author begins working as a croupier, but the job begins taking over his life and relationships; he eventually becomes involved in a planned robbery at the casino he works in.

Bugsy is a 1991 biographical film telling the story of American gangster Bugsy Siegel, who played a leading role in developing the Las Vegas Strip. His relationship with Hollywood starlet Virginia Hill, who was also involved with organised crime, ultimately leads to his death before he sees his dream become a reality. Still, you can be sure there is plenty of drama and action along the way!

This 2014 film stars Mark Wahlberg as a professor with a huge gambling debt. He is given a week to pay back what he owes, or the criminals he owes the money to will murder him. So, he comes up with a scheme with one of his students, a promising basketball player.

The professor convinces the student to win his next game by a specific margin - point shaving. The scheme is successful, but it isn’t enough to convince Wahlberg’s character to change his ways - the movie is a thrilling ride from start to finish! 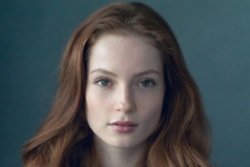